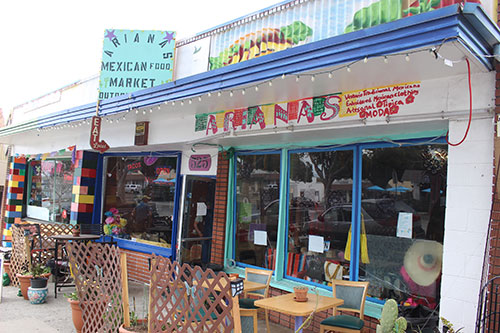 A local family has made a major investment in their Downtown Morro Bay business, bringing a little of the Mexican culture to what has to be the most colorful store in town.

Miriam Salgado, daughter of owner, Rafael Torres, said they’ve been remodeling the space at 515 Morro Bay Blvd., since about last July. What’s resulted is a triple-space store with a Mexican food market, a traditional Mexican cuisine restaurant, and a gift shop filled with imported items from south of the border — from toy dolls, to blankets, colorful dresses and leather sandals.

Before, she explained, her father subleased the restaurant space to another family but they left last November and have reopened in San Luis Obispo.
The space on the other side, was a meeting space and artist studio that shut down because of the pandemic. He was able to lease all three spaces from the single owner.

They took over the restaurant and opened up the interior wall (a carpentry job Salgado’s husband Jose did) and created a nicely flowing floor plan with a specialty in each space.

They even fixed up the sizable rear yard into a spacious, landscaped outdoor patio, which comes in handy with the coronavirus pandemic’s restrictions on restaurants.

Salgado said her father took out a loan to finance the expansion, something she feels strongly enough about to go all in with him, including a first time venture in the restaurant business.

Theirs is the storybook version of modern immigrants. Salgado said her father brought their family to the U.S. in the 1990s. The family had seven kids (four boys and three girls).

“I grew up in Cambria,” she said, sitting at a table in the restaurant dinning room. They bought a house in 1997 and her dad started an import business, of sorts.

“He would bring things up from L.A.,” she explained. “Things you couldn’t get around here; anything the people needed.”

At 9-years old, she became the door-to-door salesgirl, she laughed, knocking on doors and asking if the people needed anything, from clothing to foodstuffs? “That’s how he got started in business.”

The family was in Cambria for seven years, she explained, and then they moved to Los Osos, where they still live.

The little store on the Boulevard was opened in 2002, Salgado said. It had been Mr. Torres’ dream to open a store and he soon built up a loyal clientele. He had a steady supply of employees too.

“We all helped him at the store,” Salgado laughed.

Now, with Salgado working in the business with her dad, her own 10-year-old daughter comes in to help out a few times a week. “She works for tips,” Salgado said. “She got $30 in tips one day. So she was happy.”

She told mom that she only wanted to work 3-days a week, “Because she needs her rest,” Salgado laughed.

The remodeling began in earnest last July, Salgado said, when she committed to helping her dad expand the business. They knew the restaurant lease was coming up and the space was going to be vacated.

First they moved the store to the new space and put in the gift shop, she said.

Fixing up the rear yard was quite a chore. They’ve been cleaning it up for the past 3 months, taking about four truckloads to the dump.

She’s been working every day from 8 a.m. to 10 p.m. since July, she said. Her routine is to get up and go to work, go home and sleep and do it all again the next day. But the work’s really paid off. “That’s why it went so fast, getting the place ready to open.”

It wasn’t always easy, as her dad was sometimes a tough sell. “He doesn’t like change,” she said. “But he sees there’s a lot more people coming in now. I think he’s happy with the results.”

Like many family businesses, the whole family pitches in. Salgado said her husband built the new interior passageway, and her brother put up the woodwork decorating the restaurant walls. Her mother makes custom piñatas that they sell in the store, including a green-blob piñata that she said was a “coronavirus” (something everyone would no doubt like to whack with a hard stick).

“Someone ordered a rocket piñata for a kid’s birthday party,” Salgado said. Mom would soon get working on it, to meet the party deadline.

The rear yard is nicely done, with spaced out iron metal patio tables with umbrellas sitting on 10-foot squares of pavers with crushed granite lining the walkways.

The chairs are painted in bright colors and the whole area has a feeling of privacy. It’s a very different feeling out back than you’d have sitting at a table set up on the front sidewalk. “You want to have a belonging space,” she said.

She’s had times when she’s been tending to the planters out front of the store and people offer to bring her succulents from their gardens, she said.

She’s gone outside and found that someone has left a cutting for her and someone even gave them some outdoor lights they weren’t using, after they saw her husband putting them up out front.

Anyone who appreciates a “family-owned” business would probably appreciate Salgado who wears many hats.

“I’m the bookkeeper,” she said. “I do the banking, the cleaning, the cooking, the prep work. I’m the dishwasher and I do construction,” she said through a wide smile. “And I’m doing the gardening.” It’s also the first time she’s ever worked in a restaurant. But, “It’s been really welcoming and nice to help my dad out every day.” 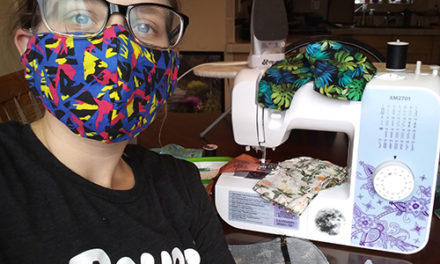 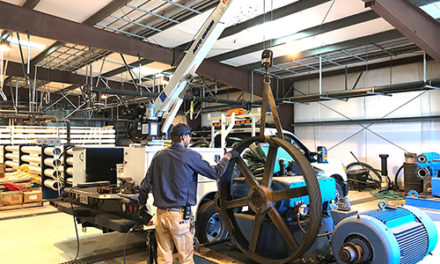 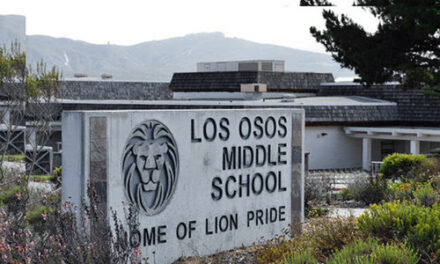