Board Approves Funding for Camp Cleanup

The County Board of Supervisors unanimously approved funding of up to $10,000 to pay for the cleanup up of a homeless encampment on county-owned property in Los Osos.

Following multiple reports of human waste, syringes, public safety, and possible fire threats in the area surrounding the library, the county began efforts to relocate an estimated dozen unsheltered community members in early October.
“It was a substantial services, outreach effort,” Kate Ballantyne, deputy director of the Department of Public Works told Estero Bay News. “We made sure that everyone was cleared to go to 40 Prado [Homeless Services Center]. Everyone was eligible to go but not everybody wanted to. They were provided the opportunity for transportation and clearance. The County also offered personal property storage, and a few people did take us up on that. So we are storing their belongings for 90 days.”

Additionally, several people living at the site cleaned up their own trash helping fill a 40 cubic yard dumpster. The price tag is expected to come in at less than $10,000 to pay the cleanup contractor and for trash hauling purposes.
“We haven’t gotten all of the invoices in yet,” Ballantyne said. We’re expecting to do a full count next week for the final numbers, but we think it’ll be far below $10,000 for the vendors.”

The allocated money is from District 2 Community Project Funds.
The 12-acre property is the site of the Los Osos Waste Water project, which is where Public Works comes in as the lead agency in the so-called Midtown Los Osos Encampment Clean-Up Project. The department administers various water and wastewater wholesale and retail facilities throughout the county.

During the state and federal permitting process for the wastewater project, the County agreed to restore the site and permanently protect it. Since 2012, restoration staff and biologists have worked to restore native plant species, control erosion, remove weeds, and create designated pathways for safe public access.

“The County does not have flexibility to modify permit restrictions at the site and plans to begin site restoration and re-stabilization efforts ahead of the winter rainy season,” County officials said in a news release. “In recent weeks, an interdisciplinary task force of County staff has collaborated to address the complex humanitarian, environmental, and civil issues associated with cleaning up the Midtown site.”

During the remote Nov. 3 BOS meeting, Linde Owen, who serves on the Los Osos Land Use Committee, said the county took too long to respond to the situation resulting in increased costs.
“Waiting three to four months, then increased the cost of the cleanup,” Owen said via phone during the meeting. “I just feel that it was negligent in waiting so long to do the same thing that you could have done at the beginning. It highly impacted the activities of the community trying to use the library and created basically infrastructure that needed to all be removed after they were allowed to stay there for so long.”

Owen did suggest another solution.
“The problem continues to grow. So rather than throw $10,000 [at it] every time you clean up a mess, I would like to see some direction towards purchasing property and beginning to set something permanent up.”
Julie Tacker, who is also on the Los Osos Land Use Committee, expressed concerns that the homeless “activity has already returned” and that ratepayers will have to pay the price for future cleanup efforts.

“My largest concern is that there will be other charges,” she said via phone. “The Los Osos Wastewater Project, as a condition of approval has to maintain that property into a pristine habitat, and that has come at great cost to the sewer ratepayers. It’s simply unfair, that because of this activity, and the lack of policing that didn’t go on or won’t go on, that any charges be attributed or passed on to the wastewater project and the customers. I know the $10,000, today, is not something the wastewater project customers have to pay for, but any prior charges, or any future charges, absolutely should not hit the ratepayers of the wastewater project. I’d like you to keep an eye on that.”

Ballantyne said that there will be continued monitoring of the site by the Sheriff’s Office and the county’s restorations specialists, the perimeter fence has been repaired and signage is in place, all of which would help prevent establishment of another encampment from.

A team of people from social services, the parks department, the Sheriff’s Office Community Action Team, Library Services, California Fish and Wildlife, the departments of Social Services and Behavioral Health and the Community Action Partnership of San Luis Obispo worked with Public Works on the Mid-Town project. 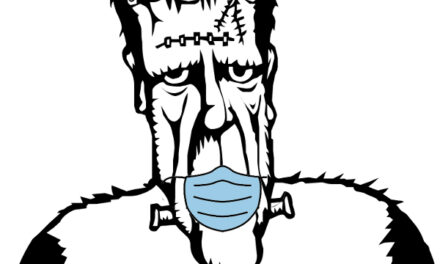 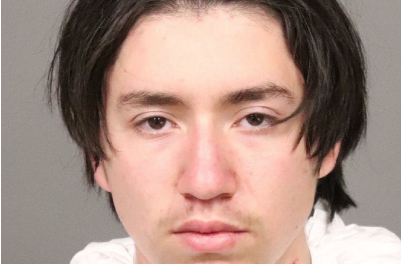