San Luis Obispo County has amended its contract for fire services with Cal Fire, adding over $20 million and extending the contract by one year. But it still might not be enough, depending on the outcome of the State’s contract negotiations with its firefighter’s union.

County Supervisors approved the contract amendments with Cal Fire in June, adding $20.84M to the existing $82.22M contract that was signed in January 2018, covering Fiscal Years 2017/18 through 2020/21, according to a staff report. The new amendment and cost increase brings the contract total to over $103M. It also extends the contract through June 2022 and the start of the next fiscal year.

“County Fire Department operates out of 16 stations,” reads the staff report, “providing service to an area of over 3,200 square miles. Fourteen of the stations included in the agreement are staffed 7-days-per-week with full-time staff. Morro-Toro Station 14 [located on Hwy 41] and Oak Shores Station 34 remain volunteer stations, with Paid Call Firefighters (PCFs) responding to incidents, supported by full-time staff from other stations.”

Those services are paid for through separate contracts with the cities and community services districts, and totaling some $4.17M annually.
But the amended contract might not still be enough and depends on the outcome of the State’s salary negotiations with Cal Fire’s union.

“The contract amount for FY 2021-22 is $2,270,379 [9.8%] less than the budgeted amount for the contract in FY 2021-22 due to a significant reduction in the current benefit rates; however, labor rates could increase pending state labor negotiations. If costs increase above what is included in the amendment for the 1-year extension, the County would still be required to pay actuals, as the contract is an amount not to exceed the new total contract amount of $103,072,946. “ 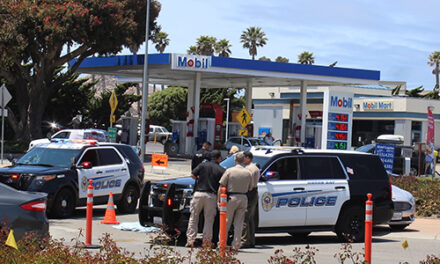