During the 1960s when the women’s liberation movement was in full swing nationally, San Luis Obispo’s Carol Alma McPhee (Norton) felt left behind. Her father, Julian A. McPhee, was president of Cal Poly University, SLO from 1933-66. They lived on-campus and early on she enjoyed college level books. Her career goal was to become a writer, but a Cal Berkeley English professor dashed her dreams telling her women were not welcome.

“Most young women today don’t realize what we went through,” said McPhee. “In the sixties women were expected to marry and raise children. We could be teachers, nurses or secretaries.”

McPhee briefly taught at Atascadero High then married thinking she would write while child rearing and housekeeping. Consuming information and direction from National Organization for Women (NOW) was her road towards independence. She recalls “…wishing I could participate in the 1970 Women’s Rights for Equality Day held in other cities, but not in SLO.” McPhee would not publish for years faced with personal roadblocks until she found like-minded friends with her passion to advocate more opportunities for women.

McPhee wrote “…I joined in as if it were a religious calling…I did all I could personally and politically to bring other women to feminism.” She established the Commission on the Status of Women in June of 1976. The San Luis Obispo County Supervisors supported the efforts of fellow-collaborators, including two local journalists, Ann FitzGerald and Mary Gail Black, and organizational support from AAUW and Quota International Club of Morro Bay.

Thomas explained why she felt McPhee’s story was important in 2017 and now in 2021. “I’ve known Carol since 1973. She arrived with a group of women – Ms. Independent Feminists — to help ready Coalesce for our opening. Janet Brown, who was my business partner from 1973-1978, and I had gone to a meeting of the group in SLO pleading for their help. They responded with a vengeance! They sewed curtains, laid down carpet — whatever we needed. I have always admired Carol for her intelligence, trustworthiness, talent and serving spirit.

“My second reason was a sad shortage of local women’s history. This is the only book I know of that talks about the local women’s movement as it was unfolding in the early to mid-70s. It’s hard to remember how different things were for women back in those days. They did not hold many offices, exert much in the way of political power, have many high-powered executive jobs, and many were not highly educated.  They were busy raising families, running households, spending time with each other at church, in small clubs, among friends.

“Through Carol’s story we get a real and specific peek behind the scenes of a significant development for women in our county.  We meet the individual players that were involved.  The process touched and changed many lives and was empowering for women who were stepping out onto the local and political scene.  Their combined efforts were ultimately successful and the Commission exists to this day.”

McPhee has achieved her original career goal. Other published writings include: “Feminist Quotations,” co-written with Ann FitzGerald and “The Non-Violent Militant: Selected Writings of Teresa Billington-Greig” are currently out of print; a novel “Staying Under” and her poetry included in “Where the Palm Rests” are available at Coalesce Book Store in Morro Bay and Volumes of Pleasure Book Shoppe in Los Osos.

She is proud to have paved the way for three daughters and their daughters. Noelle Norton, a dean at University of San Diego, was chairwoman of the SLO Commission on the Status of Women, 1983-84. Elizabeth Norton, a marine biologist with the National Oceanic & Atmospheric Administration (NOAA), has numerous published research papers and was first woman to monitor fishing catches off Korean and Japanese vessels. Claire Norton a speech therapist owns her own business in northern California.

“We’ve crashed through the steel ceiling and continue to work on penetrating the glass ceiling,” said McPhee.

Judy Salamacha is a member of The BookShelf Writers.

To see more of her work, visit www.thebookshelfwriters.com.

By Catherine “Kiki” Kornreich Sandra has come as a guest of my sister’s, but she ends up skiing with Steve and me.... 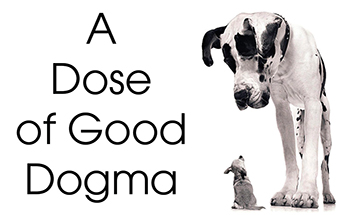 Drama and Trauma at the Vet Clinic

By Lisa Ellman A few years ago I went to school to dip my toes back into the world of working as a veterinary...

When I take time out to peruse the past 95 years I’ve been hanging around, it comes to mind that life happens in...