What does one do with a windfall of cash? The City of Morro Bay will put the money into repairing its two T-piers.
In November 2018, the City was given $250,000 by Castle Wind, LLC “in exchange for the City’s commitment to an exclusive arrangement with Castle Wind, LLC,” according to the City’s mid-year budget review passed Feb. 25.
Castle Wind hopes to build a 1,000-megawatt offshore wind energy farm and bring the power ashore at the Morro Bay Power Plant to connect to the state’s power grid.
Castle Wind is one of several companies interested in obtaining a lease on a section of ocean in federal waters some 30 miles off the Coast of San Simeon, where it would install 100 or more giant wind turbines and tap what’s considered an unlimited renewable energy source.
The Federal Bureau of Ocean Energy Management or BOEM is expected to auction off the San Simeon lease site, possibly along with another site off the Coast of Diablo Canyon Power Plant.
Currently, the California Energy Commission is taking public comments on the two proposed offshore sites here, plus another off the Coast of Humboldt, as part of its review of the matter.
According to a CEC news release, “Written comments must be submitted to the Docket Unit by 5 p.m. on May 15, 2020. Written and oral comments, attachments, and associated contact information (e.g., address, phone number, email address) become part of the viewable public record.”
See: https://efiling.energy.ca.gov/Ecomment/Ecomment.aspx?docketnumber=17-MISC-01, which links to the comment page.
Written comments can also be submitted by email. Include the docket number, 17- MISC-01, and “Offshore Renewable Energy” in the subject line and send to: docket@energy.ca.gov.
Or mail a paper copy of comments to: California Energy Commission Docket Unit, MS-4
Re: Docket No. 17-MISC-01 1516 Ninth St. Sacramento, CA 95814-5512. Comments will become part of the CEC’s public record.
The CEC and BOEM along with other entities are working as a task force studying offshore wind farms off the California Coast. The studying has been ongoing since at least 2016.
Castle Wind’s $250,000 in “community benefit funds” gave the City staff quite a conundrum of where to spend the money? Based on recommendations from the Harbor Advisory Board, the City Council agreed to do repair and rehabilitation work on both the South T-Pier and North T-Pier.
The South T-Pier, according to a staff report, needs rebuilding and replacement of structural pilings, cross members, bracing and pile caps on the base leg “to return the pier to its full structural integrity.”
“This could include replacing the existing wood piles with fewer steel piles in the same manner as the outer section of the pier that was rebuilt completely in the early 1990s after a fire.”
That 1988 fire destroyed the South T-pier; killed two people and burned some 13 boats that were tied to the pier. It was arguably the single most devastating event in the history of Morro Bay Harbor.
“The initial section of the base leg survived the fire and is all timber as original, while the rest of the new replacement construction on the pier is of coated steel support and underpinnings, and timber stringers and decking.”
The deck on the South T-Pier also needs to be replaced, and there will undoubtedly be more work uncovered as the repairs are made, including possible work on the fire sprinkler system, the utilities/electrical system, and possible replacement of many of the fender piles.
That project would be bid for construction management and engineering, and is estimated to cost some $200,000. The remaining $50,000 or so would be used to rehab the utilities and fire sprinklers on the North T-pier, which was rebuilt a few years ago. This job too would be bid out.
Meanwhile, Castle Wind last August signed an agreement with Monterey Bay Community Power (MBCP) to sell all of the energy from the offshore wind farm to the community choice power agency, in which the Cities of Morro Bay and San Luis Obispo are new participants.
“Castle Wind is pleased to be working with Monterey Bay Community Power on a Power Purchasing Agreement to deliver local clean energy from offshore wind,” said Alla Weinstein, CEO of Castle Wind. “While the project is still several years away, we know that offshore wind is poised to play an integral role in California’s electricity portfolio, which will help the State meet its aggressive climate goals at the least cost. This MOU is a statement of commitment by MBCP to use 100% renewables and their desire to secure a supply of clean energy that closely meets their demand profile.”
MBCP CEO, Tom Habashi said, “In addition to creating new, local renewable infrastructure and jobs, we recognize the tremendous potential benefits of economically priced offshore renewable energy, including offshore wind’s primary system value coming from its ability to serve the region’s evening load when energy prices and carbon emissions are highest.”
As of Jan. 1, every electricity customer in Morro Bay and SLO was automatically switched over to the new fangled way of supplying electricity to homes and businesses. MBCP also provides energy to Monterey and Santa Cruz County communities and several other SLO County cities plan to join in 2021.
Such community choice non-profit agencies pledge to supply carbon-free and renewable energy to customers to help create demand, and as a means of fighting against climate change.
They also promise to save some money over what PG&E would charge. PG&E still delivers the electricity through its distribution network. 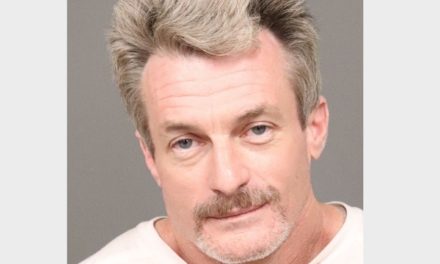 How Will Vaccines Get Distributed in SLO County?