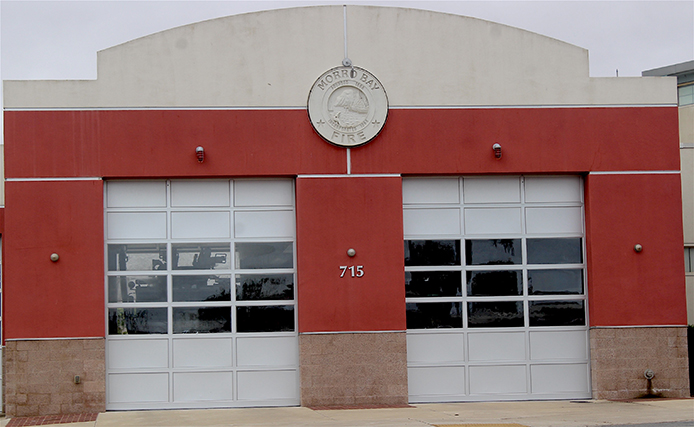 Morro Bay’s Harbor Street Firehouse has become the headquarters for the City’s Emergency Operations Center that’s now been operating for over 9 weeks.

There’s been much heralding of front line healthcare workers, the heroes at hospitals along with public safety — police and fire, but there’s another crew of dedicated people in Morro Bay, who work behind the scenes to make the City’s emergency operations run smoothly and according to plan.
Born in the run-up to “Y2K” in 2000, the City’s Emergency Operations Center has grown up fast in the face of the Coronavirus Pandemic that has taken what was supposed to be a short-term response to emergencies like the Japan Tsunami in March 2011, to being staffed and running full time for 9 weeks and counting

Fire Chief Steve Knuckles and his department have been at the center of a largely unseen effort to try and keep people safe, and reinforce the State and County’s shelter-at-home guidelines.

Chief Knuckles practices social distancing as he leads a reporter around the outside of the Harbor Street Firehouse to a small utility room out back equipped with tables and phones. Two volunteers are making the City’s “Are You OK?” (RUOK) program phone calls.

RUOK involves volunteers calling people who’ve signed up — seniors and those with health issues — every morning to make sure they are OK and not in need of assistance. If a person doesn’t answer, they send someone to check on them

It’s been in place for many years and is now part of the City’s “Morro Bay Cares” program, assisting citizens dealing with the pandemic’s shelter-at-home orders. Chief Knuckles says, “We started this program on the first day to take care of our vulnerable populations.” RUOK has expanded to include a library book swap for people who’ve run out of reading materials, and helping keep vet appointments for family pets

Chief Knuckles explains that they’re now running errands for people, too, like picking up prescriptions, groceries and other essentials. RUOK calls go out daily from 9-11 a.m.

Chief Knuckles explains that with social distancing, the team for the “Pandemic 2020 Morro Bay EOC,” as they are referring to the organized response, they don’t have a physical operations center, so the command staff meets virtually.

Out of that daily meeting comes a roster of who’s available that day, breaking them into groups of City employees covering different aspects of the plan.

For example, at the top is an Incident Command Staff comprised of the city manager, fire and police chiefs, a safety officer, and information officer.

Between the sections and divisions in the daily plan, there are 28 people staffing the EOC — city employees and volunteers — and they have some 87 volunteers in a “Volunteer Organization Assisting in Disasters” or VOAD.

“That’s a federal term,” Chief Knuckles says. “They go grocery shopping for people and the Rotary Club is handling the prescriptions.” VOAD is also working with Meals on Wheels delivering meals

Picking up someone else’s prescriptions had to be coordinated between the local pharmacies, VOAD and patients. Former interim city manager, Martin Lomeli and wife Roni, Chief Knuckles says, led the VOAD program for 9 weeks and recreation director Kirk Carmichael is now heading that up.

The EOC was organized and staffed in anticipation of there being a local outbreak but Morro Bay to date has only had six confirmed cases and has no active cases right now. “Today we have zero people sick,” the chief says, “I think that’s a good testament to their [residents] good behavior and isolation.

His crews have had to change how they handle calls, the vast majority of which are medical emergencies.

Fire departments have worn protective masks and gloves for decades, and the big change under COVID-19 has one member going in to check with residents as to the nature of the emergency, and if the person has a respiratory ailment, they back out, put on a sterile gown and goggles before treating the patient. And any piece of equipment they bring inside a house must be sterilized

With the city’s businesses now being allowed to open up again and the shutdown beginning to ease, Chief Knuckles says they will keep the EOC up and running at least until Phase 2 of the Governor’s reopening plan is over.

He defends the measures that have been taken to stop the spread, saying that if the County had done nothing, we could have had thousands more cases.

He’s planning for a return of the virus in the fall, too. “We are surrounded by counties that are the worst in California,” he says of the places where most of our tourists live. “They come from counties inundated with COVID, like Tulare County. That’s why the Governor’s Office delayed our Stage 2 opening. The Governor was worried for us.

And when a vaccine is finally available, he wants to organize a vaccination event, where the fire department would oversee mass inoculations of residents, perhaps 1,000 or more at a time.

The plan, he says, is for Morro Bay to be the point of vaccine distribution for all the North Coast towns. He’s looking for a suitable location, as he doesn’t want to lift the lockdown order on the firehouse.

To learn about the City’s COVID-19 response and assistance programs available to citizens and businesses, see: www.morrobayca.gov/covid19.

The chief is keeping a cool head amid the craziness of the pandemic. “I always say you can’t stress over things you can’t control. You can only do the best with what you’re given.
“We’ve been training for this for 10 years.” 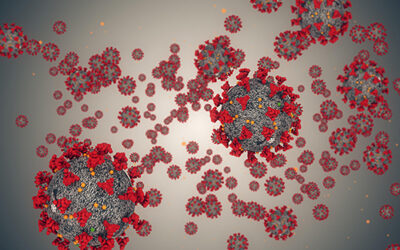 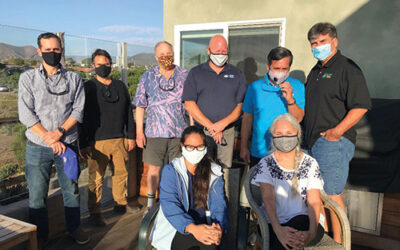