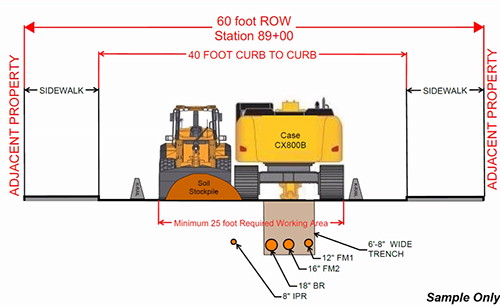 This diagram shows how the four necessary pipelines will be laid out in the trench for the City of Morro Bay’s Water Reclamation Facility project conveyance system.

Giant excavators have been moved into place, needed demolition of a City warehouse is completed, and trenches are being dug for Phase 2 of the City of Morro Bay’s “Water Reclamation Facility” or WRF, and residents and businesses will soon feel the impacts from the largest public works project in the town’s history.
Work began in early February on Phase 2, the 3.5-miles of pipelines needed to convey raw sewage out to the new treatment plant.
City officials and project contractors on Friday Feb. 19 held the first of what promises to be regular virtual meetings to reach out to the public and to keep businesses along Quintana Road and Main Street up to date with road closures and traffic detours.
Eric Casares of Carollo Engineers, the project manager, and Sarah Rossetto of Katz & Associates the PR firm handling outreach led the first virtual meeting.
City officials, Councilman Red Davis and Mayor John Headding were also in on the Zoom call, along with City Manager Scott Collins and Public Works Director, Rob Livick.
Collins said their goal was to “maintain absolute safety through the project.” The City was also trying to balance the needs of the public and business community with the project’s.

Casares explained that pre-construction activities — some tree removals and underground utility markings — have been underway since early February.
Four pipes will be installed, two raw sewage lines, a pipe returning the reusable wastewater for recycling, and a water pipe carrying unusable wastewater back to Atascadero Road for ocean disposal.
Phase 2 incudes two new lift stations — one at the sewer plant site on Atascadero Road and the other under a vacant lot on Main Street next to Lemos Ranch Pet Store — plus a pipeline from a lift station in the Front Street parking lot to Main Street. It also includes injection wells on the power plant property, which he said would get further testing in April-May.
They’re looking at an 11-month schedule for the pipeline work, Casares said. Contractor for the job is Anvil Const. The first segment is being dug now, from La Loma Street to South Bay Boulevard.

Work is scheduled for 7 a.m. to 3:30 p.m. weekdays and there will be traffic controls in place. Indeed, a detour now on Quintana Road at La Loma re-routes traffic back to Hwy 1 for anyone seeking to get to South Bay Boulevard.
Different segments of the pipelines will follow with the area from the Roundabout to La Loma Street slated for June-August.
The pipeline work along the Quintana shopping district will be from now through May. “This is probably the most important segment for businesses,” Casares said. “We’re looking to complete it before summer.”
That segment will see traffic detoured off Quintana with approaches to the shopping centers via Kennedy Way.
Work down the bike path behind the power plant will be somewhat tricky, as there are two creeks — Morro Creek and Willow Camp Creek — that must be crossed. They plant to work that area from June-December.
The lift station on Main will take the longest and also last through December. There will be quite a lot of truck traffic as there is a lot of dirt that will need to be hauled away but it shouldn’t mean detours on Main Street.
A segment from Atascadero lift station to the Hwy 1 on ramp at Atascadero Road is scheduled for September-December.
That segment would be the last one built, Casares said. He added that they were unable at this time to give details as to many of the traffic controls and detours because the overall traffic plan is not done yet.
Outreach manager, Rossetto, explained that they intend to use various types of communication methods — direct mailings, door hangers, public service announcements with the media, traffic apps, e-blasts signage and updates through a special project website, https://morrobaywrf.com.
She said they also plan to visit affected businesses in person and there’s an email address set up too, see: wrfinfo@morrobayca.gov or call (877) 667-7622 with questions. She pledged that all inquiries would be answered within one business day.
“Block by block,” Rossetto said, “you’ll first get a visit to your business.” That initial heads-up will be a week before road closures, followed up with door hangers put out the day before the road closes. They will do the same for the paving that will be done to streets to cover the trench scars in the roadway.
They will also issue flyers that businesses can print and post in their windows to let their customers know they are still open and how to reach them. Weekend or night work might also be necessary during the project.
Rossetto said they will hold, “First Friday” monthly Zoom meetings for updates. Sign up for those on the project website.
How will they handle the Roundabout?
Livick said they decided to tunnel underneath instead of tearing it up. So a pit on both sides of the traffic circle will need to be dug and they’ll do directional drilling to go underneath. “Traffic flow will be maintained at all times,” he said of one of the city’s busiest intersection. 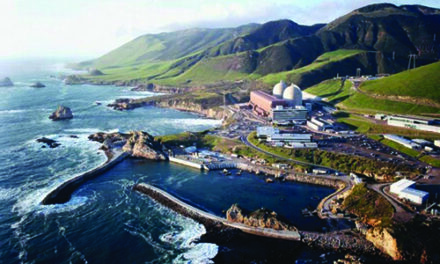 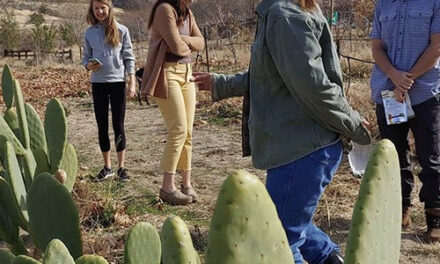 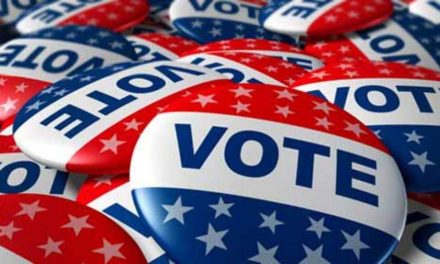