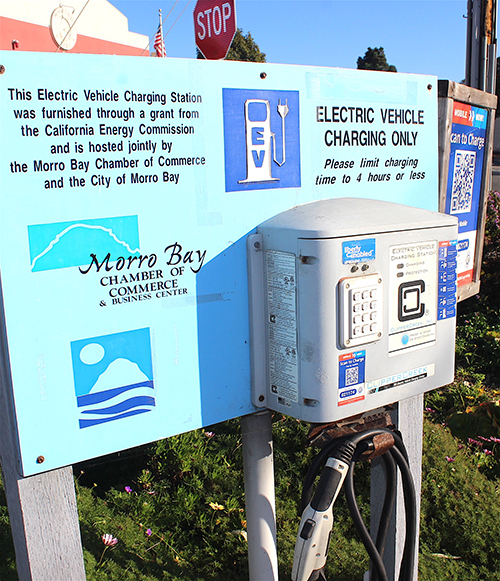 Electric vehicle charging stations like this one at the old visitor’s center at Harbor Street and Piney Way in Morro Bay will get an easier path to approval under a new City ordinance.
Photo by Neil Farrell

Morro Bay now has an ordinance laying out an expedited review and approval process for so-called, “Electric Vehicle Charging Systems,” and will be ready if and when someone finally applies for one.
On Nov. 10 the City Council approved first reading of Ord. No. 641 of the municipal code and amended Title 14, to set up a “streamlined permitting process” for EV stations.

The ordinance was in response to State Assembly Bill 1236, which in 2015 required jurisdictions with less than 200,000 population to “establish procedures for expedited, streamlined processes for permitting of electric vehicle charging stations before September 20, 2017,” reads a City staff report. “The ordinance must include the requirement that a jurisdiction adopt a checklist of requirements with which a permit application for an electric vehicle charging station will be eligible for expedited review.”
AB 1236 was passed to remove unreasonable barriers to EV station installations and “to facilitate and encourage installation of these facilities by homeowners and businesses.”

An EV charging station is someplace where electricity is available to charge plug-in electric vehicles, which can mean individual systems at homes, communal chargers at apartment and condo complexes, and commercial EV stations like one at the old City visitor’s center at Harbor Street and Piney Way, which operates with a credit card.

EV stations are proposed to be installed by the City in the public parking lot near the ‘Lil Hut burger shack on the Embarcadero and have been proposed for at least one motel projects in process now. That Atascadero Road motel project proposed a number of publicly available EV chargers including several of the type that power up vehicles in a short time.
The planning department didn’t work on an ordinance in 2017 “because staffing in the Building Division was in transition and lacked capacity to bring forward the ordinance.”

But the City gets very few applications for EV stations and approves home EV charger systems over the counter, as part of an electrical permit. The same goes for “small commercial EV charging projects” like at the visitor’s center.

However, “Larger commercial EV charging projects, with multiple charging stations that may require electrical service upgrades are more complex and would be reviewed on a submittal basis, which requires they be distributed to the various departments for a standard review process. We have not received any applications for larger commercial EV charging projects since adoption of AB 1236.”
AB 1236 outlined what local ordinances are required to contain, which includes:
• Implementation of an expedited permit and review process including electronic submittal and electronic signature for application authorization;
• Only a single inspection can be required;
• Creation of a checklist of all requirements necessary to be eligible for expedited review;
• Publication of checklist on a publicly accessible website; and,
• Prohibition of Home Owner’s Association approval requirements.
The new ordinance was of course deemed to be exempt from the California Environmental Quality Act, as electric vehicles and anything to promote or proliferate their use is in keeping with the State’s push toward more electric vehicles and goals to cut emissions and fight climate change. 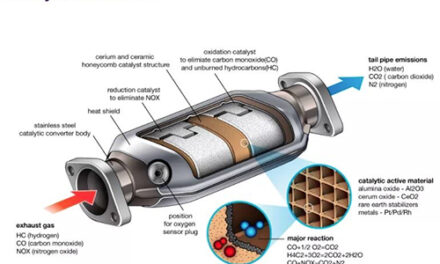 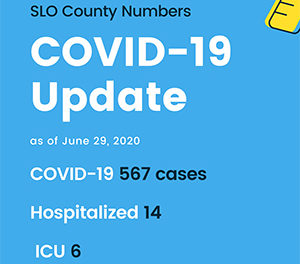