The City of Morro Bay is looking for a new auditing company, to complete financial reports for the next five years and someone to guide it through two State housing grant programs.
The City is seeking bids for “audit services and preparation of the comprehensive annual financial statement,” according to a request for proposals (RFP) posted on the City website.
The reports would be for the fiscal year ending June 31, 2021, and “2022, 2023, 2024, 2025 and two possible one-year extensions for fiscal years ending June 30, 2026 and 2027,” The RFP reads.
Companies have until 4 p.m. Friday, April 30 to submit hard copies and electronic copies of the applications to City Hall.
“The City shall determine the most responsive and qualified auditor [aka consultant] providing the best service at the most reasonable cost. Cost alone shall not be the determinative factor,” reads the RFP.
And, “The City wishes to negotiate a fixed price contract with a ‘not to exceed’ dollar total based on a clearly defined scope of work.”
The RFP comes as the City’s last 5-year contract is ending. “The last request for proposal for audit services was issued in 2015 for the five-year period ending June 30, 2020 with the possibility of two one-year extensions.”
According to the RFP the City’s got a spotless record in terms of financial audits. “The city has consistently received clean audit opinions and in the most recent three fiscal years has had no major audit adjustments proposed,” the RFP said. “Internal control recommendations for improvement starting in fiscal year 2016 had all been implemented by fiscal year 2019 and no new findings were identified in the most recent audit for fiscal year ending June 30, 2020.
“The city has applied for and received the Certificate of Achievement for Excellence in Financial Reporting from the Government Finance Officers Association (GFOA) for fiscal years ending June 30, 2018 and 2019 and has submitted the financial statements for evaluation for the period ending June 30, 2020.”
Why do they need this? “The purpose of the requested services is to ensure the City maintains internal control procedures to protect from fraud or misappropriation and report accurately the financial position of the city’s funds.”
The City has also solicited consultants to help it with a couple of State housing programs and was to open those bids late last week.
The City on Jan. 12 issued a request for proposals to assist the Community Development Department with “SB2 and REAP Planning Grant Housing Element Implementation Programs.” Bids were to be opened March 2.
Senate Bill 2 or SB2 — the “Building Homes and Jobs Act” — was signed into law in 2017, by Gov. Jerry Brown, as part of a 15-bill housing package “aimed at addressing the state’s housing shortage and high housing costs,” reads an official description of the bill on the California.gov website.
SB2 set up a $75 recording fee on real estate documents “to increase supply of affordable homes in California.”
It’s official purpose was to “provide funding and technical assistance to all local governments in California to help cities and counties prepare, adopt, and implement plans and process improvements that streamline housing approvals and accelerate housing production.”
SB2 was supposed to do several specific things: accelerate housing production; streamline the approval of housing development affordable to owner and renter households at all income levels; facilitate housing affordability, particularly for lower and moderate-income households; promote development consistent with the State Planning Priorities; ensure geographic equity in the distribution and expenditure of the funds; and provide technical assistance.
REAP or the Regional Early Action Planning Grant Program is supposed to increase “the availability of affordable homes statewide is critical to bettering the quality of life of all Californians and to ending homelessness.”
Part of the 2019-20 State budget, Gov. Gavin Newsom put up $250 million for all regions, cities and counties to “do their part by prioritizing planning activities that accelerate housing production to meet identified needs of every community.”
Some $125 Million was made available for 1-time grants to regional governments and regional entities “for planning activities that will accelerate housing production and facilitate compliance,” the State website said.
The REAP gave birth to the “Local Early Action Planning” or LEAP grant program targeting cities and counties for funding.
“This program allows councils of governments and other regional entities to collaborate on projects that have a broader regional impact on housing,” according to the State website. “Grant funding is intended to help regional entities and governments facilitate local housing production that will assist local governments in meeting their Regional Housing Need Allocation (RHNA).”
So how does that help Morro Bay, which has never supported large, housing developments? Community Development Director Scot Graham said, “I think we received $160,000 in SB2 funds and that is what we are using for the RFP items; $73,000 in REAP, which we will be using to acquire a new software application to allow digital plan checks and digital submittal of plans.
“We are also looking at $65,000 in LEAP funding,” Graham said, “that will be used to cover our Housing Element Update costs or most of the cost.” 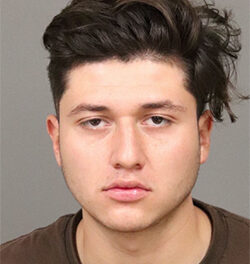 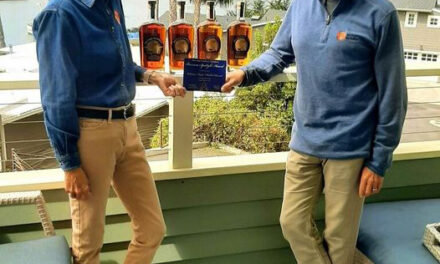