The City of Morro Bay has jumped over one of the final hurdles left in its Water Reclamation Facility Project, inking a deal with Vistra Energy for pipeline easements through the Morro Bay Power Plant, but also signing an agreement that could lead to building the largest battery storage plant in the world.

On the other hand, it could also lead to Vistra demolishing the old power plant including the trio of monolithic smokestacks, if the City decides that’s what it wants.

According to a City news release from June 11, City Manager Scott Collins said the agreement (a memorandum of understanding or MOU) would do four things:

But the main thing the Council’s unanimous vote does is settle an eminent domain lawsuit with Vistra that sought to force the company to grant utility easements through the plant as part of the City’s WRF Project, already under construction.

The City needs one easement to connect Lift Station 2, located in the Front Street parking lot, to the new conveyance system and a new lift station next to Lemos Ranch Pet Store on Main Street.

The City also needs an easement to run it’s recycling pipeline to a future well field that is being sited on the power plant’s northeast corner, where it will be injected into the groundwater basin as a drought buffer and alternate source of drinking water.

The City offered $200,000 for the easements based on an appraisers report.

But Vistra valued the easements at over $6 million. In the end, they settled on $1 and made changes to the status of the plant property’s future ownership and development of a 600-megawatt Battery Energy Storage System or BESS.

That BESS project is in the very early stages of review in what promises to be a lengthy and controversial permitting process. Already citizens have been expressing their positions through letters to newspapers, and via the online gossip site, Morro Bay Nextdoor. The opposition would appear to be growing.

Mayor John Headding said in the news release, “We feel this agreement is a good deal for the City, as it provides the opportunity for Vistra to tear down worn out, contaminated power plant structures, and opens the door for future redevelopment of this key site in our community. We look forward to working closely with the community on reviewing these opportunities.”

The settlement changed a fundamental caveat in the power plant property’s ownership. The City has claimed that as per its “Outfall Lease Agreement” from the early 2000s, reached when Duke Energy was trying to replace the plant that said the City could buy the entire 117-acre property for $1 so many years after it ceased operations.

The City has claimed that would be 2033 and the settlement gives Vistra until the end of 2028 to tear down the old plant or pay the City $3 million.
Vistra had hinted at a Zoom forum organized by Councilwoman Dawn Addis last month, that they’d determined the 165-foot tall power plant building was too deteriorated and couldn’t be reused, and the smoke stacks had no purpose for them in the future.

That off hand comment, led Estero Bay News to ask Vistra’s spokeswoman directly if they been considering tearing down the old plant? The Settlement estimates that to cost over $30 million. (Duke Energy had pegged the removal cost at $80 million in 2004-05.)

Vistra spokeswoman Meranda Cohn, who had been radio silent on EBN’s questions said she’d held back to let the City make its announcement before answering.

She said from their perspective, the agreement would:

The lawsuit was believed to be the first time the City of Morro Bay has ever used eminent domain powers.

Vistra’s Senior Vice President of Corporate Development, Claudia Morrow, said, “We appreciate the care and effort by the City in negotiating this MOU. A special thanks to the City Council’s Power Plant Subcommittee of Mayor John Headding and Councilmember Dawn Addis for their leadership. We also recognize City Manager Scott Collins and his team for their hard work in wrapping up what we view as a strong settlement.

“Should the full City Council approve the MOU, Vistra looks forward to continuing the work to build the battery project and the coming discussion with the City and residents of Morro Bay about the future of the rest of the plant site.”

That BESS Project application is currently being reviewed for completeness by the City Community Development Department. At some point, the Planning Commission, then the City Council will hear it, and eventually, the Coastal Commission is likely to hear it too, as it’s in the appeal zone.

The BESS will also require a full environmental impact study under State law, so even if it could be “fast-tracked,” it’ll probably be under review and debate for 2-3 years. Construction would take a couple of years as well, making Vistra’s project goal of having it ready to go online in 2025 already a challenge.

The company chose 2025 because that’s when the Diablo Canyon Nuclear Power Plant will cease operations, freeing up the high voltage transmission lines that currently carry Diablo’s power, for Vistra’s use.

The plant started energy production in the 1950s with the first two units and a single stack. In the early 1960s, two more units and two more smokestacks were added and PG&E, which built the plant, ran it for decades until 1999 when it sold the plant to Duke Energy North America, as part of the State’s attempt to de-regulate the energy industry.

Duke tried to replace the plant with a modern combined-cycle plant but met fierce opposition and eventually dropped the project when the State Department of Water Resources Control Board banned its use of seawater for cooling steam.

That killed the replacement project and led to Duke selling all of its California assets and pulling out of California.

The plant was shuttered for good in 2014 after being placed in cold storage for a couple of years. It hasn’t produced energy in over 7 years.

According to the City’s June 9 staff report, “To date, the site has been partially used in the following ways — Lila Keiser Park, triangle parking lot, harbor and commercial fishing [storage] facilities, bike path and other easements provided to the City, and the Marine Mammal Center and the Pacific Wildlife Care have leases on the power plant site to conduct their operations. In addition, there are several environmentally sensitive habitat areas (ESHA’s).

“Beyond those areas, the rest of the site has sat unused since the power plant shuttered in 2013. From the outside looking in, the remaining portion of the site that includes the old turbine building, the three 450-foot tall exhaust stacks (stacks), the area surrounding those facilities and the old tank farm site seem to hold much promise for reuse that could benefit the Morro Bay community.”

The report continues, “The site in theory has many advantages. It is located near the ocean and Morro Bay waterfront, which are visited by hundreds of thousands of people each year. The remaining structures, in particular the turbine building, seemingly present a blank canvas for incredible redevelopment ideas.

“It is no surprise then, that over the past 20 years many repurposing ideas for the remaining plant structures and surrounding area have been proposed. Those ideas included converting the turbine building into a museum, art piece, conference center, aquarium, alternative energy hub, university, hotel or scrapping the buildings all together for a park or mixed-use/housing development.”

The City acknowledges that its old lease agreement and the claim to purchase it in 2033 for $1 has scared off potential redevelopment.

“Potential investors and redevelopers have passed over the Morro Bay Power Plant site in part, according to analysis done by City staff, because: it has limited reuse options given a PG&E deed restriction; of the significant cleanup costs to make the site useable for non-industrial uses; the cost to purchase the land; the existing structures which have attracted redevelopment interest are seemingly not reusable without massive investment; and, a $1 option encumbrance reasonably leaves investors concerned that whatever they may build there could be taken by the City in 2033 with a $1 purchase of the power plant site.”

PG&E recorded a deed restriction when Duke bought the plant in 1998, that prohibits the plant from being developed for lodging — hotels and motels — hospitals, or other health care facilities, day care center, park, playground or other recreational use, according to the City report.

This could be because the State Department of Toxic Substances Control (DTSC) has identified several areas where the soil and groundwater are contaminated.

DTSC’s ongoing case at the plant is now recommending the contamination be left where it is and if there were to be any redevelopment it would have to be cleaned up as part of it.

As a former plant owner, PG&E could be on the hook for some of those cleanup costs.

“While precise numbers aren’t available,” the City said, “it is believed that remediation costs necessary to remediate the site to the level where non-industrial uses could be considered are in the multi-million dollar range.”

If Vistra does end up removing the plant and stacks, they’ll have this issue to contend with, as well as the many tons of asbestos that wrap every steam pipe and boiler part in the plant, possibly a hundred tons or more of the cancer-causing mineral. The plant building and stacks cover about 14 acres.

“The clean up needed,” the report said, “to repurpose the building would likely exceed the value that could be gained from repurposing the facility. It’s unclear even if significant funds were invested in the cleanup of the building if it could ever be reused.

“The same is true for the stacks. They have contamination issues like the turbine building and pose future liability concerns for the power plant site owner. According to Vistra, total demolition of the facilities is much less costly than restoration of the building.”

With the Council’s approval of the settlement agreement, a 90-day escrow period opens before the transaction and the MOU are final.

The MOU is posted on the City’s website (www.morro-bay.ca.us) with the June 9 staff report and is readers want to learn more and track the BESS project, see: https://www.morro-bay.ca.us/842/Current-Planning-Projects.

View frequently asked questions about the Vistra settlement and a history of the Morro Bay Power Plant here. 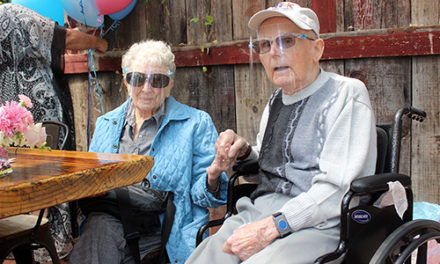 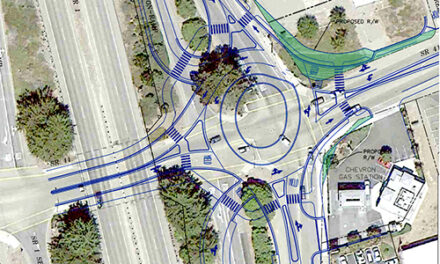 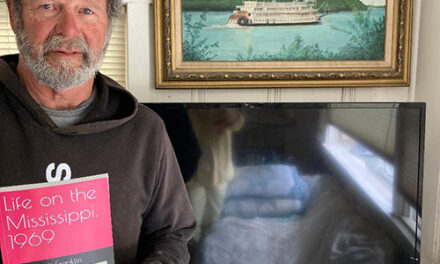 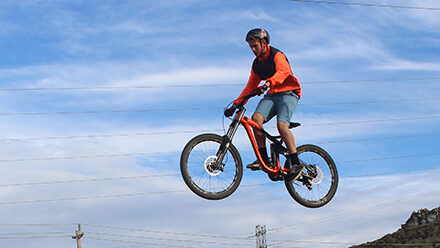