Joan Sullivan is a Artist, Historian & Author. She is a classically trained artist who discovered a love of history through painting who produced “Picture the Past,” a monthly show featuring local ranches and other areas of historical interest which aired locally for over 10 years. Find out more at www.joansullivan.com

There is nothing more inspiring to an artist than to see cows wandering the hills on old ranches. And so it was with me when I attended an art workshop in 1971 with Joyce Pike, one of my many art teachers.

The five-day workshop included painting on several ranches throughout the County. When my family and I moved to Baywood Park later that year, I continued to paint on SLO County ranches. As a credentialed teacher I created a Thursday Location Art Class through the SLO Recreation Department.
The Thursday Painters painted on more than 50 ranches. The most popular was the Froom Ranch located just west of Highway 101 and Los Osos Valley Road. We painted there several times over the years. Bill Froom was very friendly and gregarious. He was proud of the 600-acre ranch. Bill was born on the ranch in 1910 and worked on it throughout his lifetime. He gave tours to Cal Poly students for many years. He enjoyed having artists on the ranch, because he knew many of the students, who at that time were older, more established residents of SLO. On one occasion he gave me and another student a tour of the round barn (see image). He said it was the only round barn in the County. The barn can still be seen on the far side of the ranch. He showed us the horse barn and the feed storage barn and gave us some fresh water from his well. It was a day I will long remember.

I wrote about Bill (Touring the Froom Ranch – The Wild West in Los Osos Valley 2004) because he was such a colorful character. He died in 1998. His life was celebrated by the community at Madonna Inn that year. The ranch is presently owned by the Madonna family. 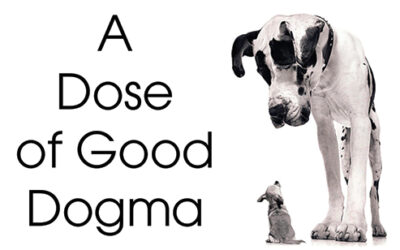 By Lisa Ellman In this month’s column, part 1 of things that a dog owner does that may be, that are most likely,...

By Susan Vasquez Once, not so long ago, the tiny hamlet of Harmony, California was for sale. An idyllic bend along the... 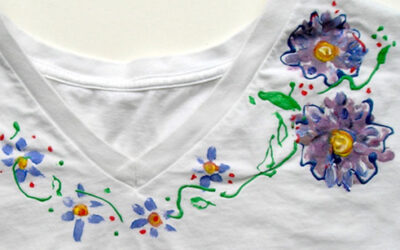 There are painters, sculptors, ceramicists, writers and artists that work in several different media. I think of...