The coronavirus pandemic appears to be gathering steam in San Luis Obispo County, as the County Health Department announced over the past week and a half, the second, third, fourth and fifth COVID-19 related deaths in quick succession.

The County had recorded just one COVID death from April 4 until the start of July. The second death was reported July 1. That 94-year-old person was hospitalized with severe COVID-19 illness for about 2 weeks before succumbing to the virus.

July 8, brought news of a third death; a 61-year-old patient with “significant underlying health conditions and was living in a long-term care facility,” according to the County. “The patient became ill with COVID-19 and was brought to the hospital with the onset of COVID-19 symptoms about 2-weeks ago.”

The next day, a 52-year-old patient, again with significant underlying health conditions, and who was also in a long-term care facility, became the fourth COVID-19 casualty. The County again said this person was taken to the hospital with symptoms some 2 weeks before dying in the hospital.

And on July 11, the County reported the fifth SLO County resident to die from COVID. This person was in his or her 70s and also had multiple underlying conditions.

All of these people were suspected to have contracted the virus through “community spread.” No names or further identifying information on these people was released by SLO County, not the towns where they lived nor even whether they are a man or woman.

On July 6, the first case was reported at the County Jail. That worker was sent home to self-quarantine and set off a big response by the Sheriff’s and Health Departments to head off an outbreak.

“Incarcerated populations are very high risk for contracting COVID-19 because of the close living quarters,” said Dr. Christy Mulkerin, the Sheriff’s Office chief medical officer. “That’s why the Sheriff’s Office has been proactive in practicing infection control measures since March to prevent an outbreak of COVID-19 in the Jail.”

On July 7, County Public Health Officials said they expected to be put onto the Governor’s “watch list” for Coronavirus because the County reportedly exceeded the State’s COVID-19 case-rate criteria over the 4th of July Weekend.

As of July 14, the County had reported a total of 1,078 CV-19 cases (since April 1) with 699 people already having recovered. There were 359 people countywide recovering at home (active cases), with 14 people in the hospital and five in intensive care.

Also, the Governor ordered everyone to wear a face covering when outdoors or inside when social distancing (6 feet apart) can’t be done. The County and City of SLO ordered all bars (but not restaurant/bars) closed over 4th of July Weekend.

Beaches remained open but with all fireworks shows canceled, crowds were small for a 4th of July, 3-day holiday.

Despite the rise in cases, the County is ending its free testing program and will implement fees to cover its costs starting Aug. 7.

Testing using the newest method, the so-called “Coronavirus SARS-CoV2 AMPLIFICATION,” was put into use on June 24, and replaced the bulk of testing that was performed through the CDC.

The new fee was set at $63 and will be billed to insurance.

The County had been using the “Coronavirus SARS-CoV2 RT_PCR,” the test used by the Centers for Disease Control, since the start of the Pandemic. That test costs $138.

The testing fees will result in an estimated $300,000 to $400,000 in revenue that will help offset the costs of testing, as the pandemic continues, the Health Department said in a report to County Supervisors.

Low-income people will be able to get tested for free. As per the County’s “Fee Assistance for Clinical Services,” policy, “individual fees may be reduced or waived based on ability to pay.”

The County said these fees will still not cover all of its expenses with the coronavirus, but don’t fret; the County is also lining itself up for millions in federal relief monies.

The “Coronavirus Aid, Relief, and Economic Security” (CARES) Act, signed by into law by President Trump on March 27, “appropriated funding to the U.S. Department of Housing and Urban Development to assist communities in responding to the COVID-19 pandemic,” according to a County staff report.

The CARES Act appropriated $150 billion to State and local governments for expenditures incurred between March 1 and Dec. 30, 2020 in response to the pandemic.

Based on population, California is slated to get some $15.3 billion, keeping $9.5B for itself. Cities and counties with populations over 500,000 will split $5.8B.

“Due to our population size,” the County reported, “the County of San Luis Obispo did not receive Coronavirus Relief Funds directly; however, the final State budget agreement includes $1.29 billion to counties to be used toward homelessness, public health, public safety, and other services to combat the COVID-19 pandemic.

Though it can’t be used to cover lost tax revenues (from the near total economic shutdown), it could be used for things like the $4.5 million emergency hospital the County set up at Cal Poly that has yet to treat a single patient. The County’s contract with the University was extended to the end of the year.

There are of course conditions for the CARES Act monies: they must be necessary expenditures incurred due to the public health emergency with respect to the Coronavirus Disease 2019; they were not accounted for in the budget most recently approved as of March 27, 2020; and, costs that were incurred between March 1 and Dec. 30.

The County Administration is now coordinating with all departments on totaling up the costs due the Coronavirus and covered by the CARES Act.

County staff anticipates having the expenditure plan finalized in August to meet the anticipated State deadline of Sept. 1, 2020 to have proposed use report submitted.” 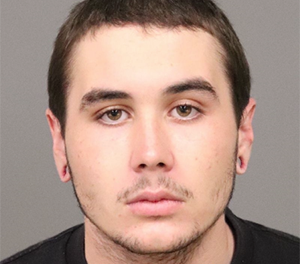