The San Luis Obispo County District Attorney’s Office and a local gay advocacy group have reached an understanding about why the DA appeared on a radio show they consider bigoted and have agreed to work more closely together in the future.

District Attorney Dan Dow’s office in conjunction with the “Gala Pride and Diversity Center” said in a news release that Dow and Dep. DA Eric Dobroth met with the activist group on July 30 after the Gay And Lesbian Alliance (Gala) objected to his appearance in August 2020 on “Washington Watch,” a nationally syndicated radio show of the Family Research Council.

Dow said his staff answered a telephone request from the program’s producers asking him to appear after he declared that he would not prosecute anyone ticketed for singing in church. The Governor had forbidden church singing as part of his coronavirus pandemic response.

“Due to time constraints,” the news release stated, “the requisite research about the radio show was not performed. DA Dow stated that he would not have appeared on the show had he known the implications to the LGBTQ+ community.”

Washington Watch is a part of the Family Research Council and the FRC’s President Tony Perkins is the host.

On its website, FRC claims to be “an American fundamentalist Protestant activist group, with an affiliated lobbying organization. FRC promotes what it considers to be family values by advocating and lobbying for policies in government.”

Even though it took nearly a year to get the meeting with the district attorney, Gala was reportedly heartened to learn that he didn’t appear on the show to deliberately spite them.

“The Gala Pride & Diversity Center’s mission is to support and empower people of all sexual orientations, gender identities, and expressions to strengthen and unite our Central Coast community,” the news release stated.

Another reported goal of the meeting was “a shared mutual interest to develop a healthy professional relationship between the organizations and increase transparency and trust.”

It apparently worked, as Dow and the Gala Pride Center staff, “affirmed a joint priority of ensuring that our criminal and victim justice system treats every human being with dignity, respect, and fairness and in working towards the elimination of bias in the legal profession and in society at large.”

Dow invited the Gala Pride & Diversity Center “to provide training to the staff of the district attorney’s office. That training will include the history and issues LGBTQ+ people have experienced as a result of interacting with the criminal justice system, both locally and elsewhere, in order to be better equipped to fulfill prosecutorial duties in a respectful and unbiased manner that fosters trust in our community.

“In turn, the DA’s Office has agreed to provide training to The Pride Center’s members about the criminal and victim justice system and the role of the district attorney’s office.”

The two sides agreed to work more closely together on the issues unique to the gay community.

“We know,” Michelle Call, Pride Center executive director said, “that being affirming of a transgender person’s pronouns or understanding barriers to medical and mental healthcare experiences by LGBTQIA+ individuals lead to better outcomes in all areas, and we are eager to share information with the district attorney’s Office that will be useful to staff in their everyday interactions with our community.” (“LGBTQIA” stands for Lesbian, Gay, Bisexual, Transgender, Queer and/or Questioning, Intersex, and Asexual and/or Ally.)

Call added, “Training from the DA’s Office will also enable us to increase the depth of our understanding and better serve our constituents.”

Dow said, “As district attorney for San Luis Obispo County, I serve all people within our borders and I am firmly committed to treating every individual fairly and equitably when performing my duties and obligation. The district attorney’s office has a proven track record of taking an aggressive stance in prosecuting hate crimes that target people based on immutable traits or protected legal status and vigorously prosecuting offenders who target the most vulnerable such as children and the elderly.”

The district attorney’s office has reportedly adopted several values: integrity, professionalism, accountability, communication, and collaboration, according to the news release.

With the air cleared, the two sides vowed to work more closely with each other in the future. “The Gala Pride and Diversity Center and the San Luis Obispo County District Attorney’s Office intend to continue building on the foundation created in this initial meeting.” 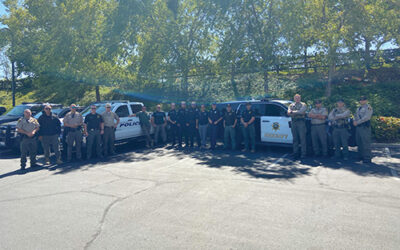