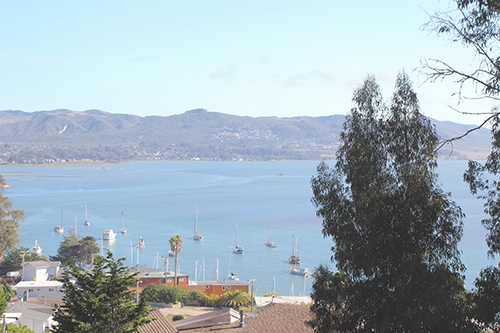 This is the view from atop Eagle Rock looking southward at the Back Bay with Baywood Park/Los Osos
in the distance. Photo courtesy Jim Curnutt

Efforts to preserve a historic outcropping in Morro Bay are nearing an end after the City and a local conservation group agreed to a conservation easement for the property known as “Eagle Rock.”

The granite outcropping sits towards the southern edge of town, on Cerrito Place. It has a long history of use by Native Americans including grinding holes on the granite mound at the top, and features a small eucalyptus grove that harbors Monarch butterflies in winter.

It’s always been a popular spot for residents, a place where children play and people go to sit on the summit and admire splendid views of the Back Bay that rival any in town.

Though City parcel maps show the peak to consist of several residential lots, no one had ever tried to develop the peak until the late-Dan Reddell purchased one of the lots (that faced northeast) and included the peak.

Reddell, a local real estate broker and developer proposed building a single-family home on the property situated below the peak on the flanks of the hill. His project was met with an avalanche of opposition.

In December 2011, the City Council approved his plans and the conservation group Save the Park sued the City to overturn the decision. Save the Park was joined in the lawsuit by the Xerxes Society, a Monarch butterfly activist group from Oregon.

That suit set aside the entitlements on the land granted by the Council.

“As a result of that lawsuit,” City Attorney Chris Neumeyer said, “the land use entitlements were provisionally set aside. The court decision, which was finalized on Aug. 4, 2015, also required several actions from the property owner before the Council could consider whether the suspended land use entitlements should be reinstated, if at all.” Among these was a more robust environmental review.

The entitlements were slated to end naturally in September 2017, when Reddell’s widow, Janne Reddell, approached the City about possibly selling the property.

In May 2017, the City Council approved the purchase for $350,000, which Neumeyer said was “less than its then market value, as disclosed by a broker’s opinion.”

The City made Mrs. Reddell give back $85,000 to cover the City’s expenses from the Save the Park lawsuit and the net payment for the property was $265,000.

Ordinarily, such lawsuits, which challenge City decisions, are up to the applicant(s) to defend, but this lawsuit also sought to strip the City of its authority to issue coastal development permits, in favor of a judge reviewing each project going forward.

That was something the City decided it had to fight and so took an active role in the lawsuit.

“The property was purchased by the City,” Neumeyer’s report stated, “with an intent to maintain it in its current undeveloped state, with an ultimate goal of selling the property to a non-profit whose mission is preservation of open spaces.”

The Morro Bay Open Space Alliance, which had formed not long before this issue arose, in April 2016 pledged to raise the money to pay back the City its $265,000.

It’s taken a few years, but the Open Space Alliance (MBOSA) raised the needed money and was to remit the $265,000 to the City by Oct. 31, according to the new agreement that also included a City commitment to go through the process of putting Eagle Rock into permanent open space and designating it an “Environmentally Sensitive Habitat Area” or ESHA. Since then, the two sides have been negotiating further protections.

“The result of the negotiations included an option for the grant of a conservation easement from the City to MBOSA and/or another qualified entity committed to the same conservation goals as held by the City and MBOSA,” Neumeyer said.

The conservation easement “is binding upon successive owners of such land, and the purpose of which is to retain land predominantly in its natural, scenic, historical, agricultural, forested, or open-space condition,” Neumeyer said.

That means if a future City Council decides to sell Eagle Rock, this parcel, which includes the rocky peak, cannot be developed.

The conservation easement doesn’t mean nothing can be done with the property. The terms include one that give the City “express authority to maintain the property and as necessary erect fences, or otherwise secure the property, to prevent damage while maintaining public access.”

MBOSA will also get to place a commemorative sign or monument on the property and should the group fold, a third party can be named with City approval to take over the easement. 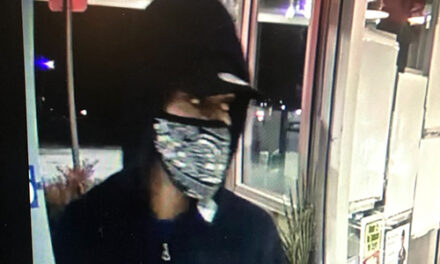 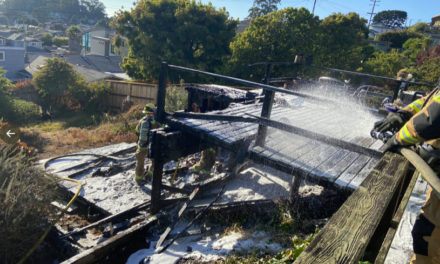 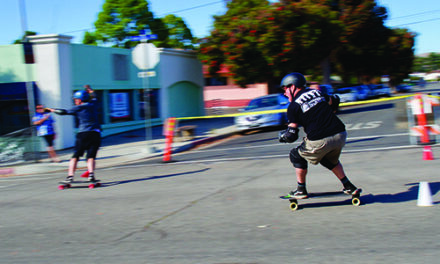 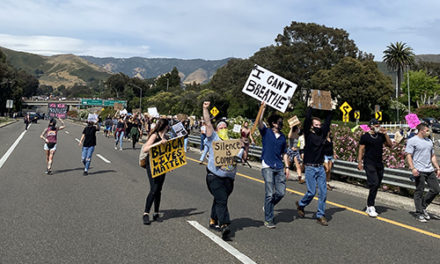