Moro Bay City Council on Jan. 12, filled numerous open spots on its advisory boards and commissions, with many newcomers signed on to serve the City but there are still several vacancies to fill.

On the Planning Commission the City board with the most responsibility and authority, Jesse Barron was re-appointed to a new term; Bill Roschen was appointed to a full term; and Jennifer Ford was named to fill a 2-year term that came open when a commissioner resigned.

The others on the panel are Susan Stewart and Joseph Ingraffia.
Commissioners are appointed to 4-year terms and serve at the pleasure of the City Council, as do all advisory board members.
The Harbor Advisory Board is a 7-member panel where at least four must be registered to vote in Morro Bay and with each member representing a specific interest group.

PWAB had five openings and got two new members: John Erwin, Ian Gaffney. The City is taking applications for the remaining three open seats. Others on PWAB are: Torrey Biles, and Doug Rogers.

On the Parks & Recreation Commission, Drew Sidaris and Melissa Davis were appointed to the board. Sedaris was re-appointed, as he’s been on the board since 2014. Others on the R&R Commission are: Mike Espino, Robert Swain and Kevin Carroll.

CFAC’s main responsibility is to watchdog the City’s budget, including the Measure Q special sales taxes, and also reviews costs of the City’s WRF project.

And with last November’s approval by voters of Measure E-20, a 1-percent local sales tax that starts in April, CFAC will have an additional $2 million a year to keep an eye on.

The Tourism Business Improvement District Advisory Board (TBID), had Steve Allen re-appointed to a hotelier member at-large seat. TBID still has two vacancies — one for a hotel representative of 50-or-less rooms and the other a hotelier member at large. The City Clerk is taking applications to fill these positions.

Other TBID members are: Chris Kostecka, Nancy Dickenson, Joan Solu, Amish Patel, and Terri Ennis.
TBID advises the City on how to spend about $2 million a year in assessment district monies promoting the City’s lodging industry, but is taking on more responsibilities in 2021, as the City is moving to have TBID form a non-profit group and take over all aspects of the promotions of the City’s tourism industry. That change will likely come later this spring.

And William Johnson was named to represent the City on the San Luis Obispo Council of Governments or SLOCOG. SLOCOG is a transportation-funding agency that doles out federal and State gas taxes for roads projects. Johnson replaces Chuck Spagnola on the SLOCOG advisory board.

If readers would like to apply for any of the open seats, go online to: www.morro-bay.ca.us/268/Boards-Committees-Commissions and click on the “Application” link to download an application form. 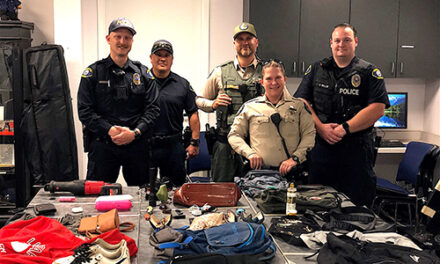 Use Less Power at Home During Pandemic