• Feb. 7: Police were faxed a ransom note and some sort of image and no doubt a task force will be formed.
• Feb. 7: Police are investigating a vandalism likely committed by some misbegotten knave at Berwick and Norwich.
• Feb. 7: Police were called at 7 p.m. to Albertson’s to deal with someone who they said was trespassing. Police referred the mamaluke to the District Attorney.
• Feb. 7: Police documented a vandalism at Morro Bay High School, committed even with the little hooligans gone.
• Feb. 7: Police responded at 11:22 a.m. to the 200 block of Atascadero Rd., for a domestic dispute. Logs indicated one person was taken to County Mental Health for a 72-hour timeout after apparently going a little wooley-booger.
• Feb. 7: A citizen at a storage facility in the 300 block of Quintana said the locks had been broken on their unit. No word on whether anything inside was worth stealing.
• Feb. 7: Police stopped a suspicious vehicle at 12:16 a.m. at Quintana and South Bay. A 17-year-old driver was nicked for suspicion of drunk driving which is bone to the marrow stupid. The rascal was turned over to his or her proud parents down at the police station.
• Feb. 6: Police contacted a regular customer at 8:19 p.m. at Rite Aid. The scofflaw, 46, had three bench warrants, so naturally police cited and released him again.
• Feb. 6: Police were called at 7:22 p.m. to the 500 block of Morro Ave, where a woman said someone stole her car from where she parked it in front of the Comfort Inn. Police found her car, at 8:05 p.m., unharmed and parked in front of the Blue Sail Inn on Market Ave., no doubt restoring a modicum of comfort to wrong-way Nellie.
• Feb. 6: Police caught up to another model citizen at 3 a.m. at Beach and Embarcadero. The 35-year-old man had a pair of warrants. Police dealt him another citation and released the apparent night owl.
• Feb. 5: Police were called at 10:25 p.m. to 777 Cuesta Ave., for a report of shots fired at an inhabited dwelling. An Arizona man was arrested the following day in Atascadero for the insurrection.
• Feb. 5: Police responded at 9:13 p.m. to the 700 block of Main to investigate a deadly matter of an assault with a deadly weapon.
• Feb. 5: Police responded at 12:21 p.m. to an accident at Yerba Buena and Hwy 1. Logs indicated the drivers exchanged insurance information and no doubt a few choice words as well.
• Feb. 5: Someone found something somewhere in town and gave it to some cop, as logs were not very specific.
• Feb. 4: Police responded at 7:10 p.m. to the 2800 block of Hemlock where someone stole a deed of trust and construction paperwork, as once again people will steal anything.
• Feb. 4: Police responded at 6:30 p.m. to Lila Keiser Park for a reported domestic violence. The matter was referred to the D.A. for possible inaction.
• Feb. 4: Police stopped a suspicious vehicle at 1 p.m. on Clarabelle Dr. Logs indicated a 34-year-old fellow was arrested for suspicion of driving schwacked on meth.
• Feb. 4: Police responded at 7:35 a.m. to the 1100 block of Allesandro where they recovered a clear baggie with a “white crystal-like substance.” Police tested it and of course it was meth. No word on who lost his stash but police will destroy the white death.
• Feb. 4: Police responded at 12:45 a.m. to a minor traffic accident on Hwy 1 at Main Street.
• Feb. 3: Police stopped a suspicious vehicle at 11:45 p.m. at Main and San Jacinto. The driver, 22, was cited and released for allegedly driving on a toot.
• Feb. 3: Police responded to the 2100 block of Seaview at 7:22 a.m. A man said some scalawag stole the tools out of his unlocked utility truck.
• Feb. 2: Police responded at 8:54 p.m. to a business in the 800 block of Morro Bay Blvd., for a disturbance. A 65-year-old woman was cited for suspicion of trespassing and “obstructing and investigation.”
• Feb. 2: At 6:40 p.m. police took a report of a missing person in the 300 block of Arbutus. Logs indicated the wanderer was located apparently safe if not entirely sound.
• Feb. 2: Someone found a cell phone laying on the sidewalk at the Sequoia Bayview condos in the 300 block of Sequoia St., and gave it to police.
• Feb. 2: Police responded at 2 p.m. to the 400 block of Elena where a woman told police some scamboogah stole her purse out of her car. Logs indicated she called later to say she’d found her purse inside her apartment; now if she could only find her sunglasses…
• Feb. 2: Police were sent at 10:12 a.m. to the 900 block of Las Tunas to assist the fire department with a 71-year-old fellow who sadly left Paradise for Heaven.
• Feb. 2: Police contacted a prison parolee, 28, at 10 a.m. in the 200 block of Atascadero Rd., and arrested him of suspicion of child endangerment. They also placed a parole hold on him at County Jail — next stop Sing Sing.
• Feb. 1: Some feculent, thievin’ bilge rats were apparently roaming around stealing from vehicles. A citizen in the 500 block of Embarcadero had tools and modular boxes taken; and tools were stolen from a locked vehicle in the 400 block of Shasta, as the crime wave continues. 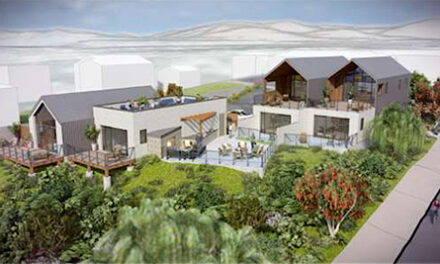 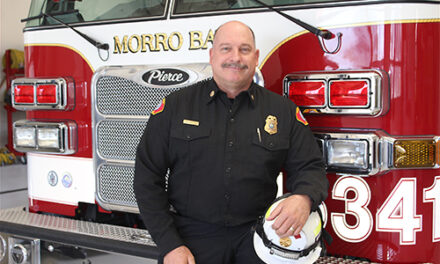