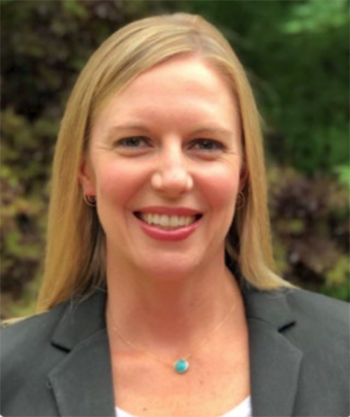 The City of Morro Bay has filled the second of three department head openings, and contrary to past occurrences, the City poached an employee from Paso Robles for a change.

But one can also add finance director to her job description, as that’s who she is replacing — former finance director Jennifer Callaway, who left last fall to become the town manager at Truckee, CA. Interim Finance Director Katie Lichtig was brought on last November to fill in while Collins searched for a permanent finance director. Lichtig put together the City’s 2021-2022 budget while she was here. Lichtig was formerly the city manager in San Luis Obispo but retired out of Santa Monica in 2020.

Callaway left Morro Bay in October 2020, and the city council rewrote the job description and title, adding a myriad of duties and responsibilities to the position, for which Johnson-Rios will be paid $149,500 plus benefits.
Collins said the hiring process was intense and included interviews with a community panel, a panel of city managers, a written assignment, and interviews with City staff.

The new position will “oversee finance, communications, and information technology,” Collins said, “assist the city manager in moving forward city council strategic initiatives; and support other critical internal functions such as human resources and risk management.”
Collins was excited about his new assistant. “The assistant city manager/administrative services director,” Collins said, “will lead a wide range of important City functions, including serving as the chief financial officer. We needed a well-rounded leader for this role and Sarah is an excellent fit. She brings a rare depth and breadth of experience across multiple disciplines to Morro Bay.

“Sarah demonstrated through the rigorous selection process that she has a wealth of knowledge regarding municipal operations and policies. She will be a tremendous asset to our City and community, helping lead the organization towards a bright future. We can’t wait for her to get started!”
But he will have to wait until sometime in late June when Johnson-Rios starts her new job. She comes into a City that has weathered a fierce storm stoked by the coronavirus pandemic response and the restrictions on non-essential businesses it produced for over a year now.

There was also the immediate loss of tax revenues from tourism after the Governor ordered everyone in California to shelter-at-home to avoid spreading the virus.

But the budget outlook is much rosier these days, after Lichtig and Collins put together a balanced, 2021-2022 budget that anticipates replenishing the reserves quickly and returning to all of the employees the 5%-8% pay cuts they voluntarily took last year during the budget crunch.

It didn’t hurt that voters last November approved Measure E, a 1% local sales tax added onto Measure Q (from 2006) a 0.5% local sales tax. Measure E is predicted to bring in about $2 million a year and Measure Q already is bringing in nearly $1 million.

Both are promised to be spent on police and fire department needs, fixing roads and sidewalks, and maintenance of storm drains.
The City also now has both of its marijuana stores up and running and beginning to collect the 5% special cannabis tax the City Council levied. That tax is also expected to bring in about $425,000 the first year, and up to $475,000 annually thereafter.

Johnson-Rios was a Fulbright Scholar, received a Bachelor’s of Arts Degree from Emory University and a Masters of Public Administration from Princeton University. She has been in municipal government for 13 years and has worked as a housing administrator for the City of Raleigh, NC, and public works administrative services officer for the City of Santa Monica, CA, before becoming the assistant city manager in Paso Robles 2-years ago.
It’s the first time the City of Morro Bay, which in the past has lost police officers, dispatchers, and the P.D.’s former administrative services manager to Paso Robles, which is much larger of a city and can pay better.

Nevertheless, Johnson-Rios is happy to be coming to the Coast to work. “I am thrilled to have the opportunity to serve the community of Morro Bay in this exciting new role overseeing both administrative services and advancing broader strategic priorities for the City,” she said. “I look forward to contributing my experience to the team’s collective efforts to achieve Council’s goals of fiscal sustainability, effective communications, improved infrastructure, and land use and affordable housing progress.

“The chance to serve a wonderful community where my family already enjoys spending much of our leisure time makes me especially grateful for this role.”

Escaping Paso Robles’ infamous blazing-hot summers just might be an extra treat as well.
Johnson-Rios joins newly hired Public Works Director, Greg Kwolek who was hired by Collins April 8 and started work in the City on May 10. Kwolek was selected from some 27 applicants for the job that former P.W. Director Rob Livick stepped away from in April 2020, in favor of becoming the city engineer.

Collins said in April, “I selected Greg to join my executive team and lead Public Works, because I believe he is the right person at the right time to help get these things done. I am excited to see what the already solid Public Works team will accomplish under his leadership.”
Kwolek has over 8-years experience in local government management and leadership, according to a City news release.
He was the division manager for the City of Pasadena, and responsible for “critical maintenance projects for the community while also building job skills for unemployed and under-skilled residents.”

Before that he was a “Public Works Management Analyst” for the City of La Cañada Flintridge and oversaw the capital budget, trails maintenance, and community right-of-way concerns. He’s also worked as Los Angeles County’s small business services program manager.

Kwolek said, “Public Works has some big tasks and responsibilities ahead, and I look forward to leveraging the Department’s strengths to meet these challenges and make a positive impact in the Morro Bay community.

“One of my central aims is to collaborate with City staff, City Council, residents and community leaders to ensure our success.”
He starts his new job at $142,000 a year plus benefits and will oversee a department with 33 employees.

Collins must still find a new fire chief to replace Chief Steve Knuckles who retired at the end of March but stayed on as an interim chief until July, when he has to retire for sure under the public employee retirement system’s rules.