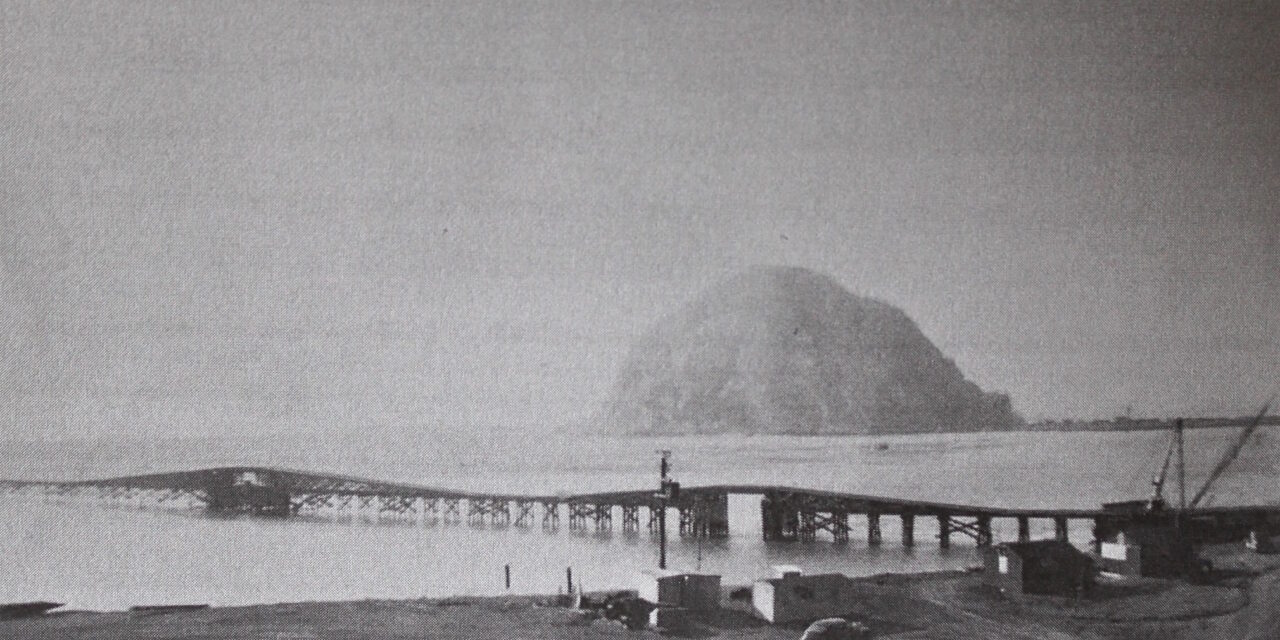 Photo shows Morro Bay’s legendary trestle bridge that spanned from shore (at today’s Beach Street) across the harbor to the Sandspit.

Military history buffs can pick up a new book recounting Morro Bay’s role in World War II, when the sleepy little harbor town was transformed into a major training base during the Great War.

“When Morro Bay Went to War,” by Joseph M. Dunlap, published in December 2019, is now available at the Morro Bay Maritime Museum, 1210 Embarcadero, as a fundraiser for the museum.

Dunlap’s book uses words and black & white photos to chronicle the evolution of the harbor from a little fishing port and town of around 1,000 residents, into a major training facility first for Army soldiers and then for Naval Marines that were being sent into harm’s way in the Pacific to fight Imperial Japan.

Dunlap’s Foreword says, “With its well protected bay, close proximity to Camp San Luis Obispo, and remote location, it [Morro Bay] became the perfect setting for training soldiers in the finer points of amphibious landings and assaults away from prying eyes.”

The book notes that dedication ceremonies for the new, “Morro Bay Naval Station,” were held Nov. 16, 1941, just three weeks before the Japanese attacked Pearl Harbor and thrust the U.S. into the war.

“An administration building and a few support buildings were the initial structures of the base,” Dunlap wrote, “and on Friday, 5 December 1941, just two days before America’s entry into the war, ground was broken with the beginning of clearing of an area known as the ‘Willows,’ behind the area occupied by the now-retired power plant.”

Both the Army and Navy made use of Morro Bay for training and took over much of the coastline north of Morro Rock and also the Sandspit, which was used for artillery practice.
Several photos show massive explosions in the sand dunes of what is now Montaña de Oro State Park.

The book includes a section about the legendary “trestle” a bridge that was built spanning the inner harbor from the foot of today’s Beach Street to the Sandspit, allowing easy access to the peninsula for trucks and other vehicles. Today, a group of timbers on the Sandspit near the sea lion dock, is all that remains of the trestle.

Other photos show various landing craft aground on the Sandspit as men and heavy equipment, including mobile Howitzers, unload.

On the “Acknowledgements” page, Dunlap thanks several local people who helped with the book providing historic photos, including Paul Bradford, David Middlecamp with The Tribune, John Stephen Crews, Roy Kline, Cathy Ryan and Glenn Silloway of the Historical Society, and Thomas Wilmar.

Though the museum’s exhibit building is closed due to the coronavirus pandemic response, if readers want to buy a copy of Dunlap’s book, they can call Bonnie Johnson at (602) 526-4367 and arrange to meet at the museum to purchase a copy.
The book sales are one of several programs the Museum has going right now, as it tries to survive the coronavirus shutdown and continue to chronicle the area’s maritime history with exhibits of historic boats and other gear, including a whaling blubber cooking pot, submarines, and a bathysphere.

A special outdoor exhibit by the Salinan People celebrating their maritime culture over the thousands of years the tribe occupied this area, is also starting to be set up.

The Museum is taking donations for its commemorative bricks and benches programs. For $125 donors can have whatever they want within length limits, etched onto a normal-size red brick (4X8), or a larger brick (8X8) for $250.
The bricks and benches donations can be arranged through Johnson, as well. The Museum website: www.morrobaymaritime.org, has information on these programs and more, including applications for volunteers to help keep the Maritime Museum afloat. 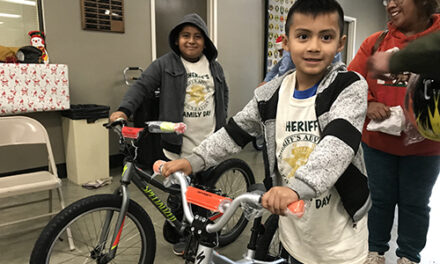 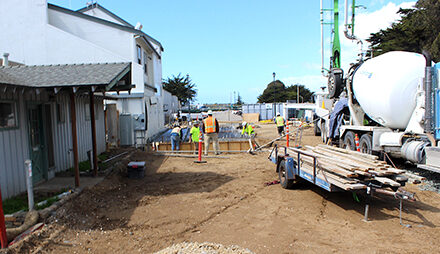 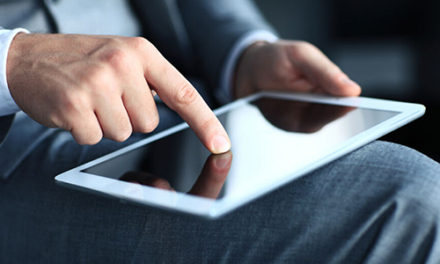 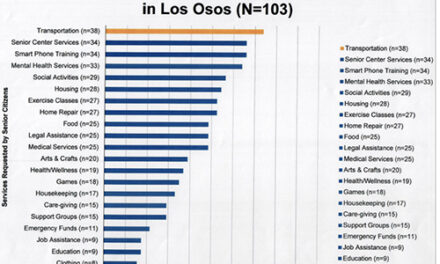