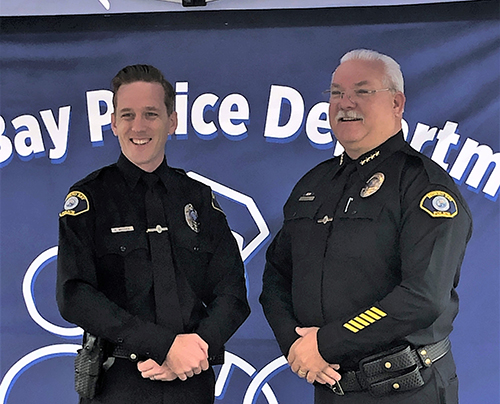 Ofc. Kevin McCool is the newest police officer to join the ranks at the Morro Bay Police Department.

Morro Bay’s newest police officer is a local boy who left for the big city and has now returned home to help keep his hometown safe.

MBPD recently welcomed Ofc. Kevin McCool to the force, filling a vacant spot on the team. Ofc. McCool was born in Northern California, said Cmdr. Amy Watkins. He attended Morro Bay High School and graduated with the class of 2007 (the “Double-07” Class). He played football and was on the track team, “So this is somewhat of a homecoming for Kevin.”

After high school, he worked for 6 years in the private sector and “was able to pursue his dream of serving in law enforcement and joined the California Highway Patrol,” Cmdr. Watkins said, “where he spent seven years working in Southern California.”

He recently moved back to the Central Coast and was able to return to Morro Bay as its newest police officer.
As is custom with a big agency like the CHP, he’s had a variety of duty assignments. “While serving with CHP,” Cmdr. Watkins said, “Kevin worked as a patrol officer, court officer, public information officer and in the training division.”

His hiring fills a position that’s been vacant for some time as the City has navigated some rocky seas with regards to its revenues amid the Coronavirus Pandemic response. But the City prioritized keeping its public safety departments funded, even as it made deep cuts elsewhere.

“We are excited about the level of experience and professionalism that Kevin brings to our team,” Cmdr. Watkins said. “Kevin has expressed his excitement about returning to work in Morro Bay and we look forward to having him.”

He will now undergo an extensive training period under the tutelage of training officers, to familiarize him with MBPD’s policies and procedures, and the town, though he should know his way around pretty well. 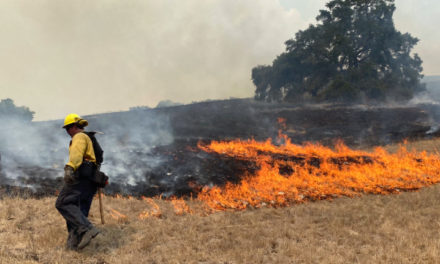 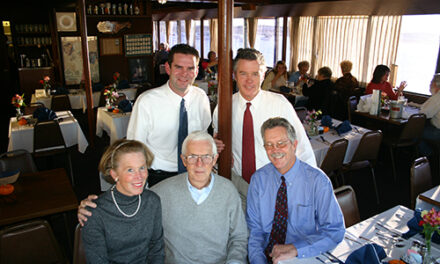