Bids on the next big contract for Morro Bay’s new sewer treatment plant and water recycling project have come in millions over estimates, but project officials have done the math and said they’re still within the $130 million overall budget.

Unlike the over $70 million contract to build the treatment plant when only two bids were submitted, the project to install the conveyance piping and at least two lift stations had five companies bid for the job.

The City’s engineer’s estimate for the project was $24 million (with a $3 million contingency for a total of $27M), and a construction schedule of 435 days or some 14½ months, with much of that time spent trenching down Quintana Road and digging a 30-foot deep wet well for a lift station that will go under a small vacant lot next door to Lemos Ranch Pet Supply store on Main Street.

So like the WRF’s treatment plant, which also came in over estimate and has already risen by $7M just a few months into the construction, the over 3-mile conveyance system again strains the project’s contingency funds.

However, City water customers worried this might mean another rate hike, needn’t fret, rates don’t have to go up, yet.

“The WRF Team,” City Manager Scott Collins told Estero Bay News, “performed a financial analysis of the impact of bids being higher than engineers estimate, and found that rates will remain the same [i.e. no water or sewer rate increase].”

The project team will look at the extensive and detailed bid packages, ask for whatever additional documentation is needed or clarifications on some details before deciding what bids would be deemed complete and considered by the City Council.

It’s common in large complicated projects to make such corrections and fill in deficiencies to complete bid packages, and companies that were not the lowest bidders often drop out at that point, deciding not to expend any more money on the job. That’s what happened with the treatment plant bids last year.

It’s also a time when bidders will go over their competition’s bids with fine toothed combs searching for ways that other’s bids could be called into question and even going so far as to threaten lawsuits over perceived slights.

With the lowest bid millions over the estimate, it’s possible the City Council will reject them all when the item comes before them, expected some time in September, and start over. But there isn’t much of an impact expected from the high bids, as Collins assures the project budget still has wiggle room in its contingencies.

The bid for the treatment plant job went to a partnership of Filanc and Black & Veatch. The change order that’s already been approved, also came out of contingencies

The conveyance system includes a new lift station at the site of the current sewer plant on Atascadero Road that would collect the sewage from the middle and north ends of town and pipe it through a new main line to the new lift station next to Lemos Ranch.

The City also wants to install new piping from the No. 2 lift station located underneath the Front Street parking lot on the Embarcadero. That new pipe would send raw sewage collected from the south end of town and the waterfront through the power plant property and emerge on Main Street very near the new lift station.

Currently, the flow is piped under the Embarcadero, crosses under Morro Creek and heads into the treatment plant on Atascadero Road.

But the City and power plant owner, Dynegy, are at odds over that utility easement, with the City going to court for what is in essence an eminent domain matter.

From the new Main Street lift station, the conveyance lines would run down Quintana Road, under the roundabout and all the way to the City’s No. 3 lift station near South Bay Boulevard.

From there it would go up South Bay and underneath Hwy 1 and then up into the WRF site. Overall it’s about 3 miles and a few hundred feet elevation gain compared to the existing plant on Atascadero Road.

The “pipeline” will actually be multiple lines of raw sewage pipes, plus a pipe that returns treated wastewater back into town to be dumped into the ocean through the discharge pipeline of the old sewer plant.

The Cayucos Sanitary District, which owns some 40% of the treatment plant and discharge pipeline, is expected to give up use of both when it completes its new treatment plant on Toro Creek Road, possibly by the end of this year. It’s unclear now how that partnership dissolution will be done. The two still share responsibility for the dismantling of the existing plant. The two boards haven’t met in person in years but a plan of action will have to be developed someday.

The CSD’s plans are to use an undersea oil loading line from the Chevron Estero Marine Terminal, which closed in 1999 to discharge its treated wastewater. Cayucos has already cleaned and lined that pipeline and leased it through the State Lands Commission.

The City would also have available the discharge pipe of the desalination plant, which though no longer capable of treating saltwater, will still be an integral part of the WRF and the drinking water system.

The desalter is used to filter groundwater from the Morro Creek wells at Lila Keiser Park that are too high in nitrates.

The idea now is to inject the treated wastewater somewhere east of Hwy 1 into the Morro Creek groundwater basin, but that system will only be used as a back-up water supply to State Water, which will remain the No. 1 source of drinking water in Morro Bay for the foreseeable future.

As a back-up system, the City’s plans now are to run the injection wells a few days each month to keep them in working condition and to help stave off seawater intrusion, should the City resort to the Morro wells for an extended time period.

But during normal use, the wastewater from the $130 million WRF will be discharged into the ocean.

And these bids on the conveyance system don’t include the costs of that injection system, so-called Indirect Potable Reuse or IPR.

“The IPR system is a much smaller component of the overall project and budget compared to pipeline/conveyance,” Collins said. “The team is working on final study and siting of injection wells/securing easements and then it goes into design. It will be bid separately from the pipeline/conveyance bid.” 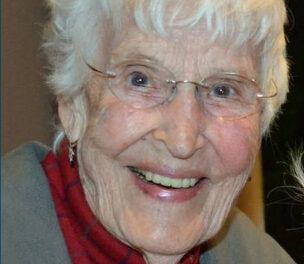