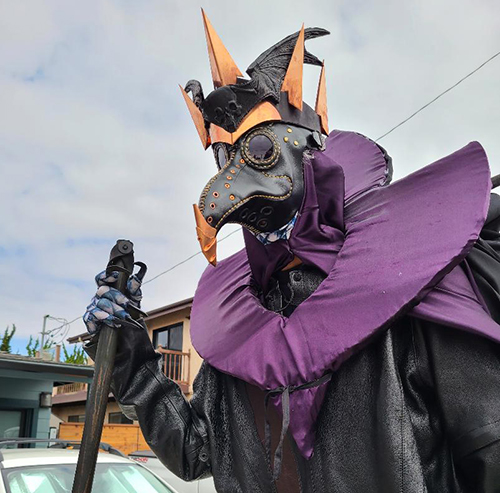 Madding started working on the costume at the beginning of the year.

If you were out in Morro Bay on Halloween, you might have done a double take after seeing a big bird (not that one) walking about the city. The creature that looked like a mix of mythical, steam-punk and carnevale influences was Patrick Madding in his homemade costume.

“For me, the making it was the most fun,” said the 48-year-old former sheet metal worker, who is now a stay-at-home-dad and grad student. “I mean, wearing it is fun too, but I typically don’t like to be the center of attention.”

The inspiration for the 8-foot tall beast was Jim Henson’s Skeksis, a reptilian, bird-like fictional species from the movie “The Dark Crystal.” “I’ve had the idea in my head for a long time. “I think I made the mask first and then I started modifying that. I blew some of my stimulus check on a pair of drywall stilts, and then I made the feet on those,”

The hand-sewn mask is made of leather that Finn Hansen, the owner of The Leather Shop in Morro Bay, helped put rivets and grommets in for breathability. Madding did the copper work on the beak and the crown. The scales he made from a pair of yoga pants and the talons were sculpted out of epoxy clay.

Perhaps the most difficult aspect of the costume is the drywall stilts that add about two-feet to Madding’s height.

“I practiced a lot in those stilts,” he said. “I’ve got some good kneepads on under my pants just because I don’t want to fall,” he said. “That’s the reason for the walking stick to because there’s no graceful way to fall on those things; You’re just like pancake batter and going splat.” 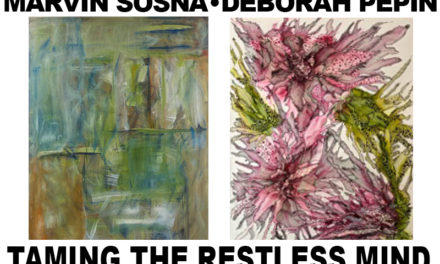 Sign(s) of the Times 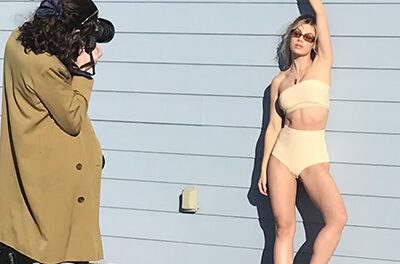 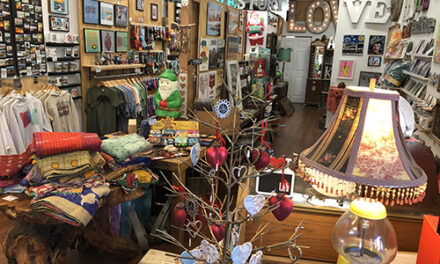 Love For Sale in Cambria