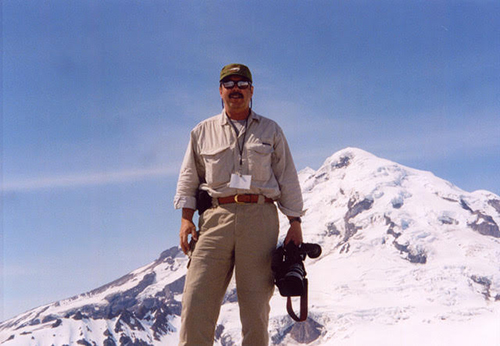 Cambrian Tom Cochrun is a kind and gentle spirit, gracious and quick with a laugh. But get to know him and you’ll find a man that has seen and heard it all; a man who has dug deep to find the good, the bad, and the ugly.

Tom began his career in radio broadcasting in Indiana, both as a news announcer and an afternoon DJ. And in 1969 when Tom married his artist wife, Lana, they traveled to Europe for four months.

“I had to get someone to cover my shifts at the radio station,” says Tom. He called on his friend from Ball State to take over. An announcer named David Letterman. “Look what I did for that guy,” Tom jokes.

Radio then led him into television, first as a field reporter, then filling the anchor position at a major television station in Indianapolis. He also appeared as the co-anchor of a nationally syndicated program called PM Magazine.

But Tom missed covering the hard news. At the age of 50, he left television and teamed up with a partner, a special agent with the FBI, to form a production company making films for cable channels, particularly the Discovery Channel, the Travel Channel, Lifetime and TLC. These stories took Tom around the world and into some fascinating yet dangerous situations.

“I’ve had my car fire-bombed– twice.” says Tom. And he survived a home invasion. “Apparently, you shouldn’t mess with the Teamsters,” he added.
In 1977, Tom covered the Tony Kiritsis story in Indianapolis, leading to a documentary about the ordeal. Mr. Kiritsis, enraged by a mortgage banker, wired a shotgun to the banker’s head and marched him down the street.

“It was the first time the FBI brought in a behavioral modification negotiator to resolve a situation,” says Tom. His film, Dead Man’s Line, documents the three-day hostage crisis in which Kiritsis was able to hold the media hostage as well.

Tom has interviewed the Imperial Wizard of the KKK, which led to an Emmy-winning film, The Klan. He has covered the Iran-Contra affair, the cultural war in Nicaragua, and been held at knifepoint in Somalia. “I was bullet-proof in those days.”

Shooting a documentary for the Travel Channel, Tom traveled with a South African group of educators who were using puppets to teach rural tribesmen about the dangers of AIDS. “At that time, it was an unspeakable subject.”

As Tom was considering retirement, LIN Broadcasting tapped him to be news director for their CBS News affiliates. He helped local stations move into the digital world. “There’s so much more you can do these days as an investigative journalist with a computer. You don’t have to put yourself in a lot of dangerous situations.”

After retiring to Cambria in 2007, Tom was inducted into the Indiana Journalism Hall of Fame. He has also published two thrillers, “The Sanibel Arcanium” and “The Sanibel Cayman Disc.”

Today you can find Tom enjoying his retirement on the tennis court and indulging in his passion for photography. He and Lana also love having their daughters and grandkids close by. Tom adds, “I also still find time to sit and write, but without a deadline. Now my computer can take me all over the world.” 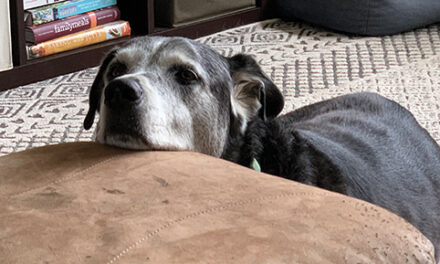 Cross Country Back on Course 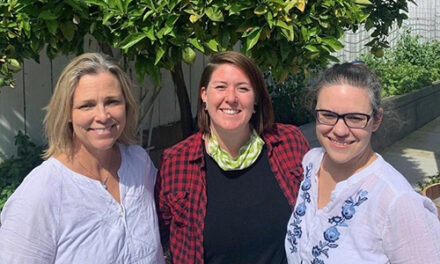