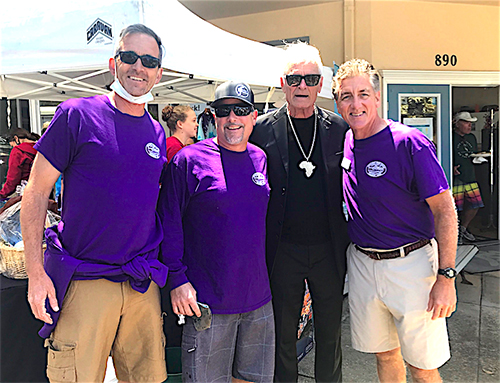 The June 25 benefit for Project Surf Camp, organized by Michael Williams of Movement for Life therapy clinic in Morro Bay, again set a record in both donations and attendance, according to Williams.

“I want to give my sincere, heartfelt appreciation to everyone who came out,” Williams said. It was a record amount and record turnout. Our parking lot was full.”

Williams reported that his annual pre-4th of July benefit raised $14,000 for Project Surf Camp. They had to skip the fundraiser last year due to the coronavirus pandemic, and were eager to being it back and help out Surf Camp’s mission of “Changing Lives” for children and adults with autism and other developmental disabilities.

Williams related a couple of stories from that day. One involved a semi-homeless man who often visits the clinic and whom Williams said was enthusiastic about their bringing the barbecue back.

He wanted to donate and buy some raffle tickets, Williams said, but didn’t have any money. So Williams fronted him $20 and bought five tickets for the man.

“And he wins a motel stay at Harbor House,” Williams said, “and wins a $100 gift certificate to the Hut.”

“It was like God was looking out for him,” Williams added. “It made me cry.”

Another raffle winner was an 18-year patient at the clinic who won a night’s stay at the Madonna Inn and $150 gift certificate. And, Williams said, she won the prize on her birthday. 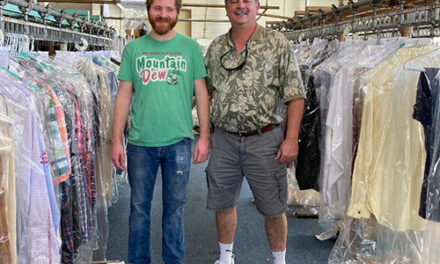 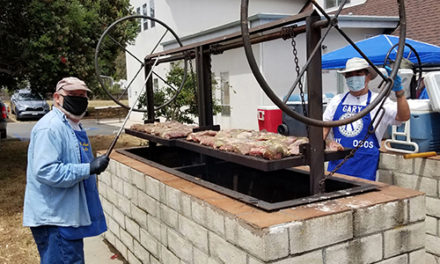