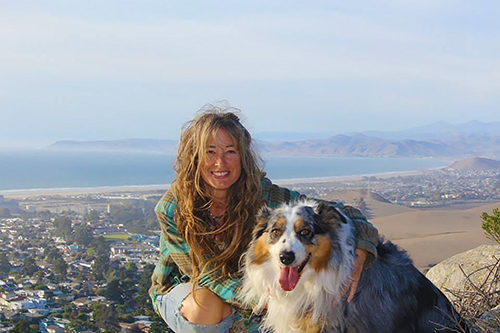 Chrissy Osborn and her dog TillyBear are reunited after the furry family member went missing on the 4th of July. Photo submitted

Every once and awhile we all need a reminder of the spirit of what makes a true community, and TillyBear, a 12-year-old Australian shepherd, did just that.
On July 4th, the blue merle Aussie took off from her home.

“My son, Lydon, let TillyBear out to go to the bathroom,” said Chrissy Osborn, the dog’s owner. “Our next door neighbor lit off fireworks next to our fence, and TillyBear ran into the backyard, clawed the back gate open and ran way.”

Several neighbors helped her son look for the family pet without any luck. When Chrissy and her fiancé, David Asquith, came home, they continued the search throughout the night. Tilly had never run away before.

“I was so upset, I would cry myself to sleep,” Chrissy said. “At times while I was searching for TillyBear I would just start sobbing on the side of the road. I so terrified that she was going to get hit by a car. I was so anxious that David walked the full length on both sides of South Bay in the ditch to make sure TillyBear was not there injured.”

Next, Chrissy took to social media posting pictures of the pooch on Nextdoor and several Facebook pages. She saturated the area with signs at offices, stores, and eateries as well as along areas they took Tilly walking. She even handed out flyers to customers outside of Ralph’s.

Four long days later after hundreds of words of encouragement, well-wishes and reports of possible sightings, good news came—TillyBear had been spotted.

Cindy Richards, a woman previously unknown to Chrissy who had seen the “lost dog” signs as well as the Facebook posts, came across Tilly while out walking her own dog by the tunnel next to the track at Los Osos Middle School.

“Cindy was TillyBear’s hero,” Chrissy said. “It was amazing the Facebook posts were shared thousands of times. Everywhere I went people new about TillyBear and were looking for her. I stopped these men and asked [if they had] seen her and one said ‘Oh yes my wife has told me TillyBear is lost and sent me out looking for her.’”

What was TillyBear’s reaction to coming home

“When Tillybear saw me she gave me a big smile and ran to me,” Chrissy said. “The first thing she did when we got home was go wake up Lydon. He did not know that we found her. It all happened so fast, so he was amazed and happy. All the community’s and my mom’s loving encouragement is truly inspiring!

TillyBear was checked out by the team at Los Osos Pet Hospital, a service they donated, and given a clean bill of health. She did have to endure a bath and serious sticker removal from her fur, but it is a safe bet to say she was “happy” to.

As for the people who helped look for the big bear of a dog and offered their support, Chrissy took to social media again to thank them.

“All your loving encouragement is truly inspiring! You all kept me going through miles and miles of walking, full of hope to devastating disappointment. My heart would fill up with your love and encouragement and give me the strength to keep searching. I am so grateful. Crying with joy TillyBear is home. Thank you with all my heart.”

← Previous: City to Turn the Heart of Embarcadero Into a One-Way Street In Memory of Arlene Kneer 1924-2020 → 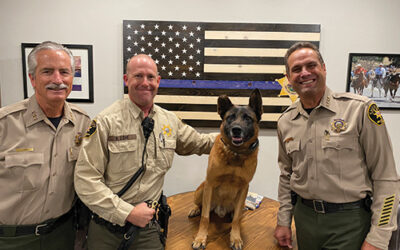 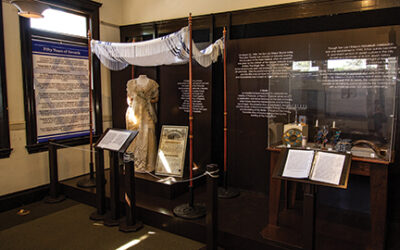 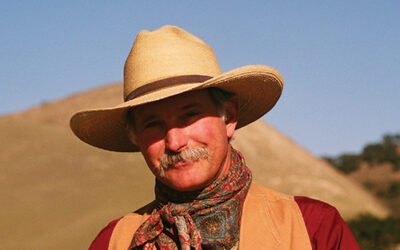