It’s been years since Morro Bay’s seen a low-income housing project built, but there could soon be nearly three dozen low income apartments for rent, unless something happens to trip up the project.

The Planning Commission on June 2 approved a project submitted by the Housing Authority of San Luis Obispo or HASLO to build some 35, one, two and 3-bedroom apartments in four, 2- and 3-story buildings at the corner of Atascadero Road and Sunset Avenue, 405 Atascadero Rd. The property is 0.94 acres.

The design has all apartments opening into a center courtyard area with a parking lot on the southern side adjacent to Atascadero Road (Hwy 41) but accessible off Sunset.

Most residents that sent in comments on the project worried about bringing too many people to the busy area, additional traffic and parking, saying that Sunset Avenue is too narrow to handle overflow parking they predict will come with the project. Most complainants lived on Rockview Street at the back of the project property.

They complained that the project showed only 33 parking spots for the 35 units.

“This project calls for 35 families to occupy 35 apartments,” wrote project critic Chuck Harkins. “Most families, especially working families, have a minimum of two cars and some three. Where will they park?”

The project was approved by the commission, which started an appeal period of a couple of months. The project is out of the appeal jurisdiction of the Coastal Commission.

The City Council, which was on June 9 set to discuss making a $500,000 “loan” to the project, out of its housing in-lieu fund and deferred payment of impact and building fees, decided at the behest of Mayor John Headding, to table it until its June 23 meeting.

Headding said that would give time for any appeal to be made before the project is considered for funding. But the city attorney pointed out that the appeal period will still be in effect June 23.

Councilman Jeff Heller wondered why the Council was looking at contributing funding when it hadn’t even seen the actual project?

In a letter to the City, HASLO said it and builder Jim Rendler are partnering on the project and had worked together on affordable housing projects throughout SLO County.

“This project would feature 55-plus year affordability restrictions for all units, less one onsite manager unit, for individuals and families at or below 80% of ‘Area Median Income’ (AMI) with an average income level of 60% AMI or below,” HASLO’s letter said.

HASLO is asking for funding from sources: $150,000 loan out of the City’s Affordable Housing In-Lieu Fund

That fund has $222,000 in it now, and derives from fees paid by developers who do not wish to include affordable housing in their developments.

Under proposed terms, HASLO would not have to repay that loan for 55 years, the length of time the project will be deed restricted for low income tenants.

HASLO also asked to defer $350,000 in impact and permit fees, again to be repaid with interest after 55 years.

“The estimated permit and impact fees to the City of Morro Bay for this project are approximately $650,000,” reads the staff report, “not including an estimated $100,000 in school impact fees, which are payable to San Luis Coastal Unified School District and are not available for deferral. The deferred permit loan will include deferral of building permit, plan check and development impact fees.”

The report continued, “The deferred permit loan will result in a delay in receipt for fees that would typically have been due and payable in the year the project is issued a building permit,” the staff report said. “Any repayment of the deferred fees may not occur until after the deed restriction period has lapsed [55 years]. Loan terms are proposed to include 3% simple interest with no payment due for 55-years.”

That would seem a tough pill to swallow for a City that’s projecting a multi-million dollar budget shortfall this fiscal year and millions more next year due to the Coronavirus shutdown of the economy and staggering loss of tax revenues, mainly from the hit to tourism.

The City has done this sort of financing before, most recently for the 21-unit, Morro Del Mar Senior Housing facility located in the 600 block of Main St.

“Morro Del Mar received approximately $600,000 in City financial assistance, which aided in the project being successful in its tax credit application,” said the report. “Prior to the Morro Del Mar project, the City has not had a 100% affordable project since 1996 [Oceanside Gardens] and has not had any project this large since 1989 [Ocean View Manor Apartments]. Projects that provide 100% low income rental units require multiple funding sources to be successful. The proposed HASLO affordable housing project will be a great addition to the community, and it needs loan assistance from the City of Morro Bay to be successful. Staff recommends approval of the HASLO funding assistance request.” 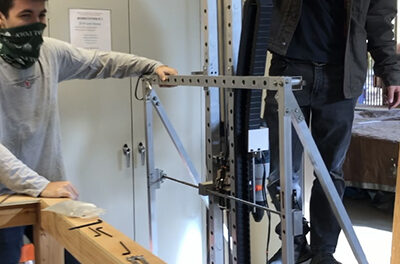 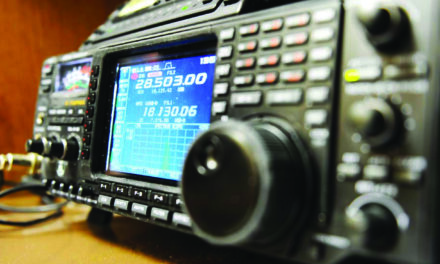