Morro Bay residents and others can take a leadership role in the community by applying to serve on one of the many advisory boards and commissions.

Applications are being taken now for numerous positions, some that are currently vacant and many others with incumbents up for re-appointment. Terms expire Jan. 31 for the seats being recruited for. The deadline for applications is 5 p.m. Thursday, Dec. 31.

Among the positions coming up are three board members for the Harbor Advisory Board, currently held by Ron Reisner (representing marine oriented businesses), Mark Blackford (a member at large), and Jeremiah O’Brien (Commercial Fishermen’s Organization). The CFO also has two alternate members for its seat at the table currently held by Owen Hackleford and Peter Griffin.

There is one vacant seat on the Citizen Oversight and Finance Committee, which watchdogs the City’s use of Measure Q sales taxes and reviews the many contracts for the Water Reclamation Facility project.

The City’s seat on the Council of Government’s Citizens Transportation Advisory Committee, a countywide board, is available. Current occupant is Chuck Spagnola.

The Public Works Advisory Board has four seats on the table plus one vacant position. Current occupants are Ric Deschler, Chris Eriendson, John Erwin, and Jan Goldman.

Recreation and Parks Commission has a pair of seats, with current occupants Drew Sidaris and Skip Sorich.
The Tourism Business Improvement District Advisory Board, which is facing a total restructuring of the City’s promotions efforts, has two vacant seats and one occupied by Steve Allen. Allen is a member at large and one of the vacancies is also for a member at large. The other vacancy is for someone representing motels with up to 50 rooms.

Of all of these advisory bodies, it’s TBID that has the most interesting immediate future.
That’s because the City is planning to end its role with regards to the TBID assessment monies and how they are spent promoting tourism. The City about 5-years ago flipped the switch and took away control of the TBID purse strings, creating a new Tourism Department within the City bureaucracy, hiring a tourism director, and one full time and one part time office employee.

The actual promotional efforts were made through a contracted PR/advertising firm, Mental Marketing, to handle the various ad buys and develop promotional campaigns, and more. The TBID board was reduced from a governing board for a private non-profit organization to simply an advisory board to the City Council, with no actual power outside voting to end the assessment district. TBID is funded through a 3% per room night for all motels, RV parks, and vacation rentals.

But the Coronavirus Pandemic response of shutting down all non-essential businesses ordered first by the State, followed by the County and eventually adopted last March by the City Council, ended the City’s promotional efforts like smashing into a brick wall.
Mental Marketing lost its contract, the tourism director and part time employee were laid off and the Visitor’s Center, which had been run by the Chamber of Commerce, closed for good.

Now the City Manager has proposed handing responsibility for promotions back to the TBID in a process that has yet to be announced or acted upon. Though there are currently zero promotions being done, the City continues to collect the 3% TBID fees, which when the economy was normal were nearly $1 million a year.

If readers are interested in applying for a position (you can apply for more than one but only accept appointment to one), they should go online to: www.morro-bay.ca.us/268/Boards-Committees-Commissions and click on the board you’d like to apply for.
And while most positions are reserved for Morro Bay registered voters, some members of the Harbor Board and TBID can be from outside the City, though who they represent is spelled out in the board’s bi-laws.

It should also be noted that all City meetings are being held online via Zoom and if someone wants to serve on a board, they’ll need access to appropriate technology. 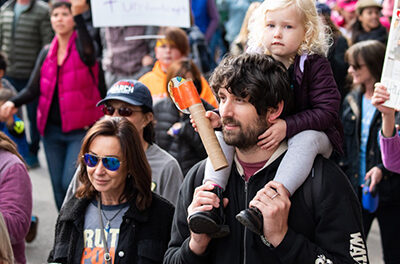