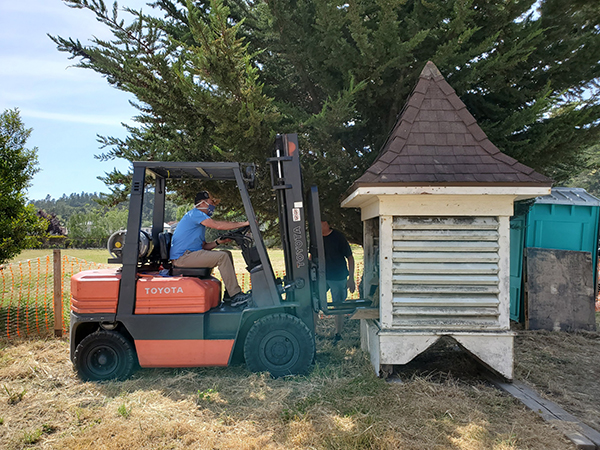 Aaron Linn and Tim Murdoch remove the bell as part of the restoration of the schoolhouse.

Last October, many Cambrians watched as the historical Santa Rosa Schoolhouse made its way down Main St to its new home in the former dog park, a property owned by the Cambria Community Services District. It is there that restoration on the 1881 one-room schoolhouse began.

The building was used as a schoolhouse from 1881 until 1952. The plan is for it to become a museum to depict life as it was at that time. Programs are being developed to host school groups during the week and visitors on the weekends.

Any type of historical restoration takes time, and though it appears from the outside that not much has changed, a lot of work is going on behind the front doors.

The second phase will involve obtaining permits for a new driveway and then getting water and power to the building.

“So many people have helped,” said Laurel. “We have had community donations and two grants from the Cambria Community Council. We can’t thank them enough.”

Architect Brent Berry drew up the plans that include a new wrap-around porch, an ADA compliant ramp and new restroom.

“Brent’s wife is a docent for the Historical Society and Brent has done all this work for us pro bono,” Laurel said. “We are so grateful.”

Much of the recent excitement came when the interior walls were stripped down and the old chalkboards were uncovered. They line 3 sides of the room.

“There are even a few chalk drawings still on the boards,” Laurel said. The interior restroom has been removed as well as some cabinets, leaving the space feeling much larger than before.

Among the other improvements that are occurring is the restoration of the belfry. Aaron Linn volunteered his forklift to help Tim Murdoch remove the old bell which is now being stored while Tim restores the shingles and repairs the interior of the cupola. Jay Burbank will assisted Tim on the project. Both are volunteering their services.

Manager, Laurel Stewart, has been overseeing this project for three years. From locating the appropriate site to contracting the studies. “And it all began with John Ehlers passion for the schoolhouse’s restoration,” she s said. Ehlers, a local Lion’s Club member, was essential in getting the Club to donate the building to the Historical Society.

Once completed, the old schoolhouse will be an interesting look into Cambria’s history, for both children and visitors alike.

To find out more about the restoration and ways you can donate to the project, visit the website at cambriahistoricalsociety.com.

The entire project, overseen by Project Manager, Laurel Stewart, for the Cambria Historical Society, is estimated to be complete by the summer of 2021. During the first phase of the project, the roof, which had to be completely removed for the building to make its way down Main St, is being rebuilt. After a geological study, an archaeology study, and soil studies, a new foundation was poured. “This schoolhouse is more stable than ever now,” says Laurel. 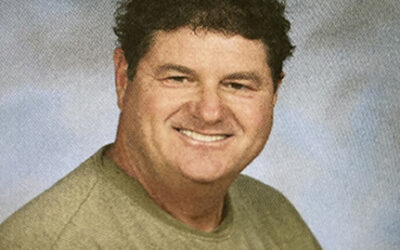 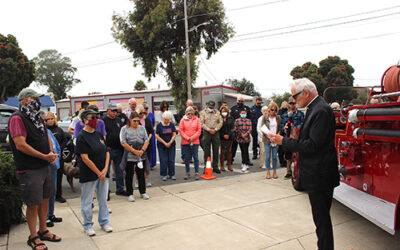