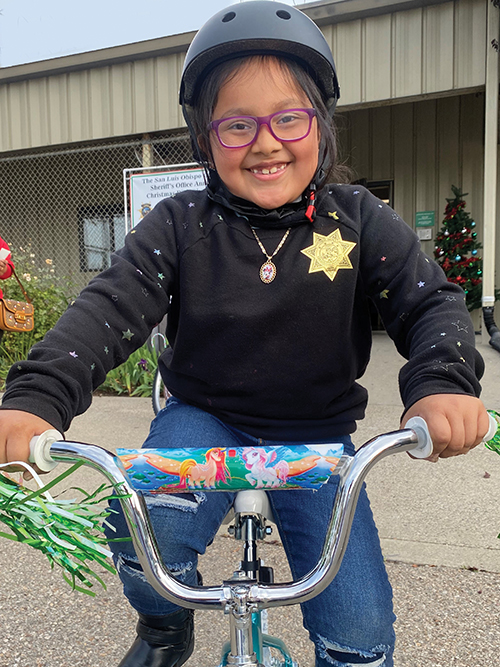 The SLO County Sheriff’s Office is gearing up for its 33rd Annual Christmas Bike Giveaway in December, and if you’ve got a bike laying around collecting dust, you can donate it and make some girl or boy’s Christmas even more special.

Since 1989, the Sheriff’s Department has held its “Season of Giving” bicycle drive, having inmates at the County Honor Farm repair and refurbish donated bikes to be given away.

“In that spirit of giving,” said Sheriff’s spokesman Tony Cipolla in a news release, “we are currently seeking donations for our Christmas Bicycle Giveaway. This program was created to promote the holiday spirit by giving away refurbished bicycles and new helmets to children in need in San Luis Obispo County. Due to the generosity of those in our community, the program has continued to be a big success.”

Having the Honor Farm inmates work on the bikes, “instills in the inmates a positive work ethic, self-respect, and a sense of worth to the community,” Cipolla said.

And if you thought things couldn’t get crazier, the Coronavirus Pandemic has affected the bike program too.

“As a result of the pandemic,” Cipolla said, “replacement parts and accessories are still in short supply. We are seeking the public’s help by asking for new bicycles, new helmets, or monetary donations for replacement parts.”

The program is for kids, but some of them are adult sized. “We will be accepting adult bicycles,” Cipolla said, “but we prefer children’s bicycles since they are in high demand.”

So if readers know a child up to 15-years old and in need of a bicycle, email: sh-bikereports@co.slo.ca.us to request a Christmas Bicycle Application or see the County Sheriff’s Office website at: slosheriff.org and click on “Resources” at the top of the homepage. Then click on “Forms and Applications” in the drop-down menu.

All applications are due by Friday, Nov. 18 and the pick-up day is set for 9 a.m. Tues. Dec. 13 at the Honor Farm on Oklahoma Avenue.

Cipolla said the Sheriff’s Office “would like to thank the Sheriff’s Advisory Foundation, Rita’s Rainbows, Bike SLO County, The Sandlot Group of San Luis Obispo, and Target for their continued support and donations to the Sheriff’s Bike Program.”

Individuals and businesses can donate children’s bicycles or new helmets in the original packaging, by bringing them to any Sheriff’s Substation — located on 10th Street in Los Osos, and in Oceano and Templeton, or the Sheriff’s Honor Farm located on Oklahoma Avenue off Hwy 1. 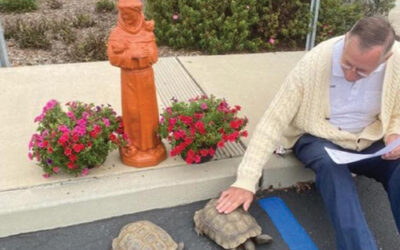 Blessing of the Animals

Several animals and people with photos of their pets gathered at Estero Bay United Methodist Church in Morro Bay to be...