Cross Country Back on Course

Morro Bay High’s Cross Country Teams finally got the chance to run last week, hosting St. Joseph’s in an Ocean League dual meet as the normally fall sport was given the go-ahead to compete in an abbreviated season.
The season will consist of a series of dual meets, explained Pirate’s coach, Chuck Ogle. There will be no league championship meet, and no CIFG playoffs either. The high school’s usual course, which includes a brutal trip through the loose sand down to the beach, was also changed, as the school’s protocols wouldn’t allow leaving campus.
That meant the course took a couple of laps around the campus perimeter and additional laps around the track as well.
Coach Ogle said they had a mostly good meet. “Diego Martinez [a junior] broke open a tight duel with a late surge to win the boys race,” he said, “but the Knights won a close team battle 27-28.”
For the Lady Pirates, “Olivia Fernflores [a senior] controlled the girls contest,” he said. The girls won the meet 7-17 [lowest score wins].
The rosters for both schools were not complete, as not all athletes have returned to school, so they agreed to score just the top three runners (normally the top five are scored).
Martinez won the 2.5-mile race in 14 minutes and 10 seconds. St. Joe’s Kristiano Plata was second in 14:36; then Brenden Costa (MB 3rd 14:57) followed by Nicolas Naumescu, (4th, S.J. 15:02); Michael Carbajal (MB 5th 15:38); Giacamo Curti (SJ 6th 15:49); Scott Hartman (SJ 7th 16:14); Micah Brinez (SJ 8th 17:15); Jacob Rocha (MB 9th 17:22); and Eddie Sperber (MB 10th 17:25). Evan Rosenberg (13th 19:12) and Justin Minton (16th 22:05) also ran for the Pirates.
In the girls’ race, Fernflores won in 16:42; followed by Annie Wieck (MB 2nd 17:17); Alexis Medina (SJ 3rd 17:42); Taylor Costa (MB 4th 17:58); Noleena Fahy (MB 5th 19:08); Paige Beal (SJ 6th 19:10); Reif Madrid (SJ 7th 19:32); Elizabeth Arias (SJ 8th 20:59); and Emily Dillard (SJ 9 23:39).
Martinez and Fernflores had good showing in a previous practice meet, too.
“Diego and Olivia also had strong showings in our non-scoring meet against Atascadero last week,” Coach Ogle said. “These two are charging and as a result everyone else is bearing down. This is leadership by example.”
The Pirates hosted Mission Prep last Friday and is schedule to host Templeton on March 19. They will also travel to Pioneer Valley on March 13 and Santa Maria March 26 in the abbreviated and delayed season. 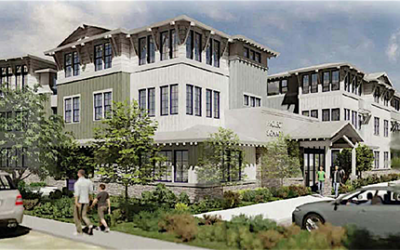