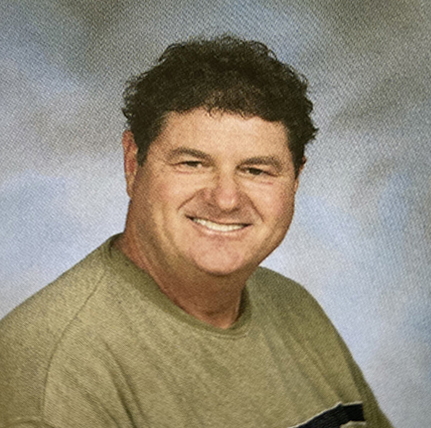 A Tribute from his Former Colleagues and Coworkers

We are nowhere without our past. Our foundation is built and nurtured by others who come before us, unassuming and dedicated souls who quietly impact the future. Sterling Heck was one such man, whose career of over thirty-five years (more than half his life) as an educator and principal was dedicated to building the character and integrity of Cayucos School.

He began as a middle school teacher in 1978 and led Cayucos School as principal from 1989-97. The hallmark of his career was a positive, child-centered approach. His guidance and encouragement of his colleagues and staff served to cultivate a cohesive environment. The years under his leadership were rich with staff development, team building, and a holistic approach to education.

During Sterling’s long career, Cayucos School went through many changes. He always embraced the challenge, contributing to the school’s progress with enthusiasm. After his tenure as principal, he chose to return to the classroom, teaching fifth grade for several years. He finished his career, advising and mentoring new teachers, thereby crowning his educational career with the honorable intention of launching the next generation of teachers at Cayucos School.

Throughout his almost four decades as both teacher and principal, Sterling earned the respect of everyone. At times, he experienced periods of great physical pain that would have sidelined someone less dedicated, but Sterling persevered. He was strong but gentle. He was a cherished colleague, a patient and loyal friend to all, as well as a caring and beloved family man. Sterling will be remembered with admiration and love by those of us who were fortunate enough to work alongside him. He considered Cayucos School to be an extension of his family, and the feeling was contagious. Sterling will be greatly missed by generations of Falcons and the many lives he touched.

Cayucos is getting more work done on its bridges, with one job Downtown and the other north of town. San Luis Obispo...