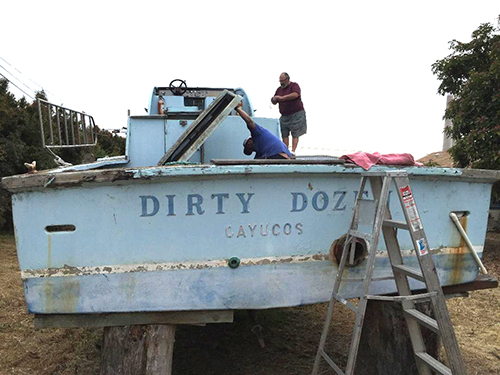 Author Note: I am over-the-moon excited about the Morro Bay Maritime Museum’s (MBMM) current oral history project. I served on the board of directors during its site development and heard the group had funded over 20 hours of interviews with working commercial industry representatives. In 2001-2002 AGP Video did the camera work for interviews conducted by Steve Rebuck, a commercial fisheries consultant, and Dr. Monica Hunter, a Cultural Anthropologist. It was a dream of our board to have these videos available for the public to understand the fisherman’s perspective of life on the waterfront and out to sea. I previewed those soon to be live at www.morrobaymaritime.org and on YouTube. The hour you will spend with each person is even more enlightening than I anticipated. Many thanks for the collaboration efforts of MBMM, AGP Video, and Rock Harbor Marketing for preserving and sharing these once “buried treasures.”