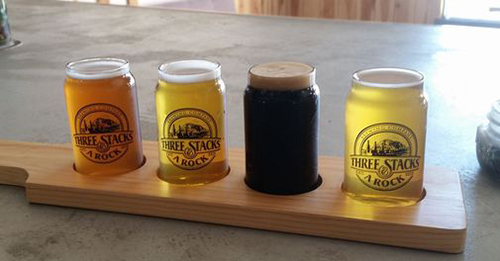 The City of Morro Bay has awarded a new lease to a local brewpub as a means to breath new life into “an important lease site.”

The Council on April 22 approved a 10-year lease for Three Stacks and a Rock Brewing Company, LLC, for its continuing remodeling of the old Morro Bay Aquarium lease site, 595 Embarcadero.

The lease goes into effect May 1 and expires April 30, 2032, but extensions are possible with continuing improvements to the site. Initial terms are $23,900 in rent for the first year and then the “percentage of gross income” clause will kick in.

Three Stacks has only taken over the bottom floor of the old Aquarium, which was owned and operated by Dean and Bertha Tyler for some 50 years. The City essentially ended its relationship with the Tylers in 2013, through a bidding process choosing a proposal by the Central Coast Aquarium in Avila Beach to build a new, modern aquarium over the Tyler’s proposal.

When the Aquarium’s lease expired and it closed up in October 2018, the building sat empty until an agreement was reached with Three Stacks in August 2019 that would move their popular North Morro Bay pub to the Embarcadero.

The initial agreement was for a year but had to be extended a couple of times due to delays caused by the City and the pandemic. Meanwhile, as work has progressed over the past year or so, the two sides have been working on a longer-term agreement, which the City Council reviewed and approved in closed session.

“Three Stacks,” reads a staff report from the harbor director, “occupies only the downstairs spaces of the former aquarium building, and over the past three years has made significant and very costly tenant improvements to those spaces to accommodate their operation, as well as significant and much-needed building improvements.

“In addition, the City caused the completion of several improvements to prepare the building for occupation, including installation of a seismic shear wall; removal of the old aquariums [fish tanks] in the building’s interior; removal of the cage structure over the old outdoor seal tanks and replacement of a major section of the building’s sewer lateral.”

The CCA’s 2013 proposal for a new aquarium caused a stir in town, as the old Aquarium, long the focus of critics, was winding down operations. But then the Ccoronavirus pandemic hit.

“Due to the COVID-19 pandemic,” Harbor Director Eric Endersby’s report said, “in 2020 CCA suspended operations of their facility in Avila, and ceased working on the Morro Bay project, thus their agreement with the City for that project has been, in essence, terminated by mutual agreement.”

Highlights of the new lease agreement include acknowledging the tenant improvements at the site:

• Remodeling of the old aquarium tank room to accommodate beer brewing and a small kitchen;

• Installing an automatic fire sprinkler system, which can be expanded to the upstairs areas in the future;

• Restoration of all ground level floors, walls, windows and ceilings to accommodate the new use;

• ADA accessibility to the building entrance and serving room, new restrooms and outdoor serving deck via an electric lift; and,

• Installation of various trade fixtures and decorations, which include artifacts from the old Morro Bay Aquarium in a nod to the building’s important history.

The 10-year lease has the option for “a long-term ground lease at the 5-year mark based on tenant’s further redevelopment proposal for the site,” reads Endersby’s report.