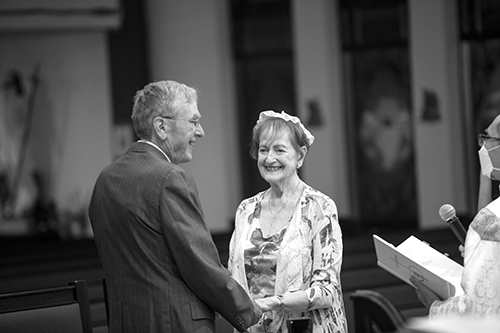 Michael (Mike) and Sandra(Sandi) Tannler met in Oakgrove, Oregon, fell in love, and eloped on September 15, 1972.

Soon after they were married, they moved to Fresno after Mike took a job with Fresno Truck Center where he had a successful career in sales until he retired. They welcomed their daughter Mary in 1974. When Mary started her addiction to horses, Sandi became a realtor and also had a very successful career.

Mike and Sandi retired and moved to Morro Bay in 2007 where Mike volunteered for the Morro Bay Police Department for many years. Sandi has served as president of the Estero Bay Republican Women and a board member of the Central Coast Taxpayers Association.  She continues to serve the community as a volunteer at St. Elizabeth of Seton church.

Both enjoy golf — Mike plays at least twice a week and Sandi watches the golf channel all the time.