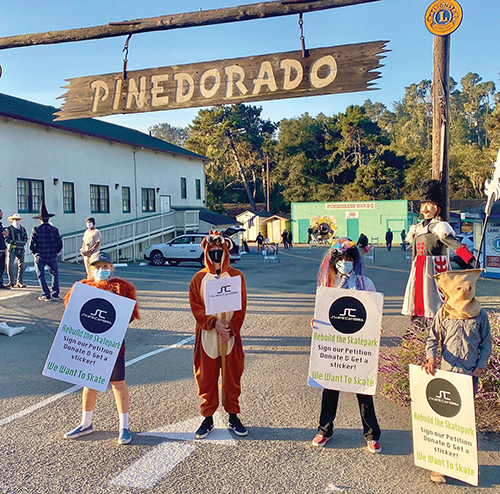 Six months ago, with no notice and no fanfare, the skateboard park on Main St in Cambria was closed. And not just closed, but removed. Students who frequented the park were left reeling. Immediately parents and kids joined forces for its return. An organization named Skate Cambria was formed under the 501(c) 3 non-profit status of the Cambria Community Council to raise funds to rebuild.

Skate Cambria Directors, Juli Amodei and Shara Tatham, who both have kids who are avid skateboarders, saw the opportunity to rebuild bigger and better.

“The old skate park was not well maintained and not particularly safe,” said Juli. “We saw this as a chance to really improve the space,” The students have been holding a rally every Friday in front of the old park to raise awareness as well as the needed funds for the project.

The property, next to the Cambria library, is owned by the CCSD.
“I think what people don’t realize is that we have already reached an agreement with the CCSD for the skate park to be rebuilt in its current location,” said Juli. “By gathering signatures, funds, and through community support, the CCSD is aware of how much this park means to our kids. It wasn’t easy. We went to a lot of meetings!”

The organization is taking a three-pronged approach. Part grant, part public funds, and part private funds. A site survey and design have already been approved. The park will return in that same location, but it will be safer and easier to maintain.
Other locations were considered but each proved to be too difficult.

“The current location has great visibility,” said Amodei. “Not only can we watch our kids but it shows tourists that we are a lively, vibrant community.” Additionally, “Kids don’t have access to school facilities right now, no access to sporting equipment. We’ve had a lot of positive support for kids needing outdoor recreation. We’re excited about the progress we’ve made.”

An added bonus has been what the kids have learned in the process. A proper board was formed which will stay in place once the park opens. The board is made up of mostly students with several adults also serving.

“It’s great because the kids are learning how to fundraise, how to navigate the system, and how to serve their community,” Juli said.
The group hosted a pancake breakfast on Halloween in which every element was donated so that 100% of the proceeds, they cleared $4,500, could go to the building fund. They are hoping to have the build begin by next summer.
“There is so much passion behind this project,” said Juli.

The organization is still collecting signatures and donations at the Friday rallies from 2 to 3 p.m. in front of the park on Main St. across from the farmers’ market. Skate Cambria also has a line of merchandise including T-shirts, hats, and hoodies, all created by the students. They are available on their website, SkateCambria.com. Donations are also accepted on the site. Roll on! 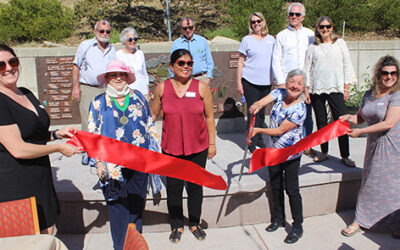 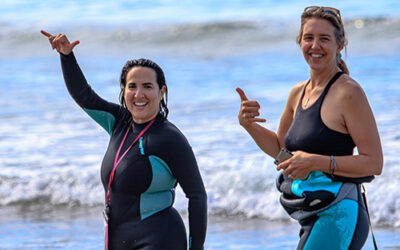