Teenagers Take Over the Beach 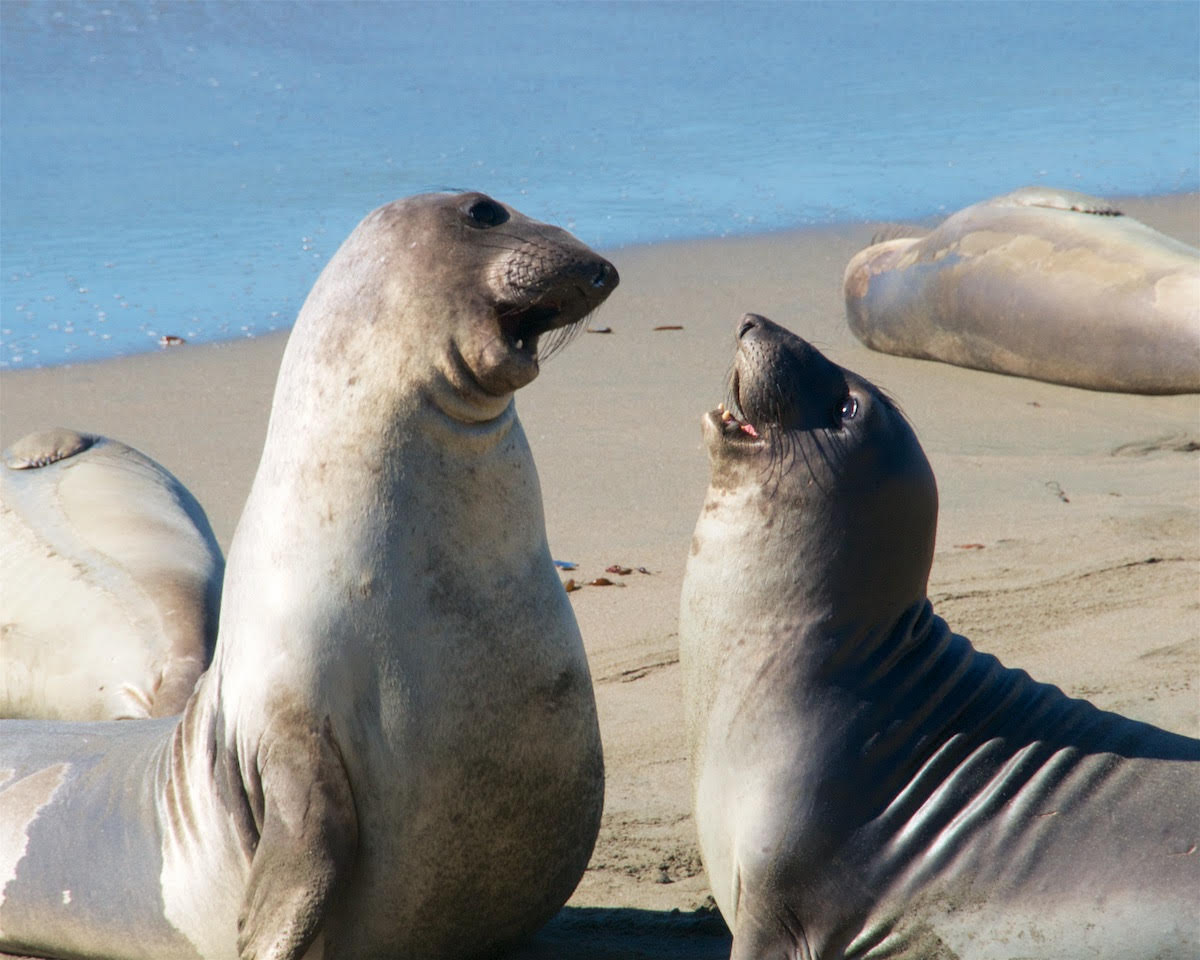 This time of year the teenage, or juvenile, elephant seals take over the Elephant Seal Vista Point north of San Simeon on Highway 1. It’s called the “Fall Haul-Out” when the younger seals take a rest from traveling and feeding up north.

Twice a year the seals will rest on the beaches of the Central Coast, either for hauling out and molting or molting and breeding. The juveniles you see this time of year are too young for breeding but will spend about a month resting and sparring with other seals.

The sparring, which can sometimes look pretty rough, is merely practice for becoming an alpha male in the future. The female seals tend to just take a break and rest, clearly annoyed with the sparring, which is evident if you watch them long enough. They have spent months at sea, traveling as far as Alaska to feed before returning for some R & R.

Studies are inconclusive as to why they tend to return to the same beach year after year or why they haul out at all. Some believe it is to rehearse for the fasting they will be doing later in life when they return for mating season. What has been noted is that the juveniles tend to gain bone mass that is lost during the 10 months of deep diving. They leave the beach much stronger and able to once again travel north to feed for several months. Mid-November is typically when the large alpha males start arriving, sending the juveniles back to the water.

Since the time of Covid-19 began, there have been a few changes on the beach. Docents are no longer present to engage with the visitors. Many of the Friends of the Elephant Seal volunteers are not allowed at the viewing site due to the State Park mandates. The organization’s secretary, Stephen Beck, says “many of our volunteers are in a vulnerable age group and it is just not safe at this time to greet the visitors. But there are a few that go out a couple of times during the day to replenish newsletters and pick up trash.”

They really haven’t seen a big drop in guests who visit the viewing area, perhaps only in foreign visitors, according to Beck.
“The weekends are still pretty busy,” he said. “Fortunately, we see most people wearing masks and social distancing. Certainly not all, but most. And most visitors have been respectful of the wildlife. Since we as docents can’t be there, the State Park Rangers have increased their patrolling of the vista points, which helps.”

Many of the volunteers for the Friends of the Elephant Seals have found other ways to be of service while staying safe. The website is being updated and several members have become Trail Stewards. This group maintains the new northern trail that goes past the lighthouse, trimming bushes and clearing walkways to make it safer and to maintain the views.
For more information, visit elephantseal.org