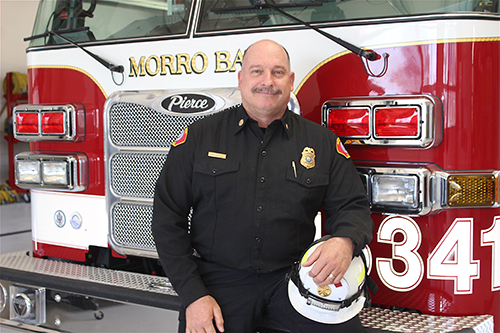 Morro Bay Fire Chief Steve Knuckles announced he would be retiring effective July 31 after some 38 years as a firefighter. Photo by Neil Farrell