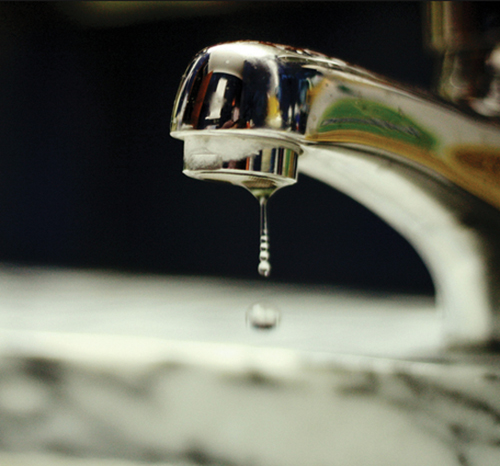 California is in the grip of another serious drought and the Los Osos Community Services District is asking residents to conserve as much water as possible.

Meanwhile, efforts continue on two new water well projects with one close to awarding a construction contract and the other months away from final approval.

The LOCSD’s July newsletter notes that Los Osos has been under a water supply, Severity Level III, meaning it’s using more groundwater than is being replenished by annual rainfall. Los Osos has held this designation since the mid-1990s, when the County first made the declaration on the water supply.
That mantra was taken up by the CSD in 2015, as part of its “Water Shortage Contingency Plan,” and there are strict limits placed on usage.

LOCSD General manager Ron Munds said in the newsletter, “Stage III states our water usage allocation is 50-gallons per occupant, per day, based on a household of three occupants. So that equates to 150-gallons per household, per day. If you look at your water bill, one unit (100 cubic feet) of water is equal to 748 gallons.”

At 150-gallons a day, that family of three would use 4,500 gallons in a month and would get charged for just over 6 units. That 6 units would cost $107.75, according to the LOCSD’s current water rate schedule (approved in 2019). The LOCSD bills every 2 months, so that imaginary family of three would end up getting a bill of about $215.
The CSD issued a few tips on water conservation:
• Take short showers instead of baths;
• Turn off the water to brush teeth, shave and soap up in the shower;
• Fill the sink to shave;
• Repair leaky toilets, or replace with a dual flush or low flow toilet;
•Only run the washing machine and dishwasher when you have a full load;
• Use a low flow showerhead and faucet aerators;
• Fix leaks;
• Don’t over-water your lawn or water during peak periods;
• Monitor your landscape irrigation system; and,
• Monitor your water usage on your water bill.

There could soon be some supply relief on the way, as the CSD on July 13 opened bids to drill a new drinking water well at its maintenance yard, located at the corner of 8th Street and El Moro Avenue.
The bid packages were approved by the CSD Board at its June meeting, after a delay of a couple of months to update the engineer’s estimate of costs for the project, which has been in the works since 2016.
The design work was declared 80% done in 2018, when the whole enchilada ground to a halt, as the CSD went looking for grant monies to help pay for it.

The CSD applied for and is all but assured of getting a $240,000 grant towards the project from the State Department of Water Resources, which is coming via the County’s Integrated Regional Water Management Program.

Back in May, the staff assured the Board that while the grant papers hadn’t been signed yet, the County had given the go-ahead to start the project and the grant would be used to reimburse the agency.

Back in 2018, the engineer’s estimate was $315,000 but that didn’t include all the extras that go along with government projects — construction management and other project management costs.

In June’s board action, the new cost estimates were: $310,000 for construction, plus $24,000 to MNS Engineering, the design firm that will now act as project managers. There’s also some $16,000 in contingency funds and $12,500 for CSD engineering support and $3,000 for permitting. That brings the total budget for the new 8th Street well to some $366,441, according to the staff report.

That work entails all the equipment for a new well and the pipes and pumps necessary to blend that new well’s output with the existing 8th Street well’s water.

The CSD Board should be ready to award a contract at the August meeting, but that agenda hadn’t been released before deadline.
Once awarded, the winning bidder will have a series of performance goals and under the bidding documents, has 210 calendar days to complete the project or face severe penalties.

Much of the underground investigative work has already been done, but that doesn’t mean they won’t hit an unforeseen snag, which could have to be handled through change orders, and potentially blow up the budget.

And on another CSD water well front, efforts continue to establish another new well, as part of its responsibilities under the Basin Plan, a document in conjunction with Golden State Water (a private firm), to manage the underground water basin, which is the town’s sole source of drinking water.
Among the numerous projects called for in the Basin Plan, is a goal of moving water wells easterly, away from seawater intrusion that is invading the lower aquifer up the LOVR corridor on the west end of town.

The plan also includes drilling new wells in the so-called “upper aquifer,” the first 100-feet or so under the surface where for 50-plus years the town’s septic tank effluent was deposited.

The new 8th Street well is also part of that effort, as will be the “Expansion Well 2,” on Bay Oaks Drive.
But the EW-2 will have to include a good deal of piping be installed to bring that well’s output into the CSD’s service lines.
That has of course meant added concerns regarding Native American archaeological impacts, and the CSD has said it will probably mean stepped up monitoring by Native American groups when the digging actually starts.

Meanwhile, the CSD in March awarded Cleath-Harris Geologists a $47,500 contract to refine the well specifications and manage the construction and testing that must be done before a new well can be added to the water supply.

The EW-2 has also been undergoing a “negative declaration” process with regards to the environmental review.
In other District news, the District is looking for two qualified volunteers to serve on its Utilities Advisory Committee. “If you have experience in the water and/or drainage field,” reads the notice, “and want to join a dynamic committee, which is working on important issues facing our community, please consider submitting an application for consideration by the Board.”