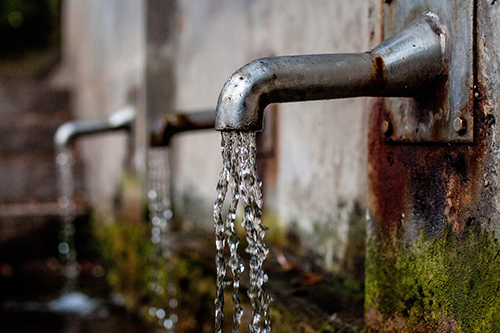 Water rates for much of Los Osos could be going higher and if people want to protest the rate hike, they will soon get their chance.

The Los Osos Community Services District will hold a hearing on the new water rate schedules at 6 p.m. Thursday, June 2 during the LOCSD Board’s regular meeting. The meeting is at the District’s offices, 2122 9th St., Ste. 110.

Notices of the water rate increase are posted on the LOCSD website, see: www.losososcsd.org/notice-of-public-hearing-on-proposed-water-rate-increases including how the CSD’s customers can protest the hike.

The LOCSD said it needs to raise rates, “to fund critical water supply and reliability improvements, finance high-priority capital projects, and keep up with operating cost inflation. Several factors drive the need to increase the District’s water rates, some of which are:

• Adequately fund the increased operational expenses of the water system.”

The increase has been a work in progress. “The proposed rates were developed by a working group of community members and advisory groups that provide input to the District; the Financial Advisory Committee and Utilities Advisory Committee,” the notice said. “LOCSD is proposing to phase in the proposed rate increases over three years to help minimize the annual impact on customers.”

The new proposed rates are set “to recover the cost of providing water services and to proportionately allocate the costs among the users. To derive the proportionality, the District completed a cost of services analysis in 2017. Additional analysis was conducted in 2022 to confirm revenue projections and expenses and determine the proposed water rates for the next three years. If approved, the proposed rates would become effective on July 1 of each fiscal year.” The rate hike is being spread out over three years.

“This increase,” Munds told Estero Bay News, “is identical to where that 2019 increase would have been, but spread out over three years.”

Water service charges include both a fixed bi-monthly Service Charge levied regardless of water use, and Water Consumption Charges billed based on metered water use in each bi-monthly billing period, the CSD said.

Charges are billed under four inclining rate tiers “with water purchased first in Tier 1 and then subsequently in higher tiers as water use increases.”

“The average water use for the residential customer,” the CSD’s chart explains, “is about 11 units of water during a two-month (bi-monthly) billing cycle.”

Property owners, or a tenant that pays the water bill, are able to protest the rate hike under State Law. Protests must be submitted in writing before the June 2 hearing or in person at the hearing. And it won’t be enough to simply show up at the meeting and complain, nor is an email good enough.

“Only one written protest per affected property will be counted towards the majority protest,” the notice said. “If written protests are filed by a majority of the affected parcel owners and/or customers, the proposed rate increases will not be imposed.” A majority is 50-percent plus one.

To file a proper protest that gets counted:

• The protest must be submitted and received by the District at or before the end of the public hearing on Thursday, June 2, 2022. Written protests may be mailed or hand-delivered to the Los Osos Community Services District, 2122 9th St., Suite 110. E-mail and fax protests will not be valid.

• The box identifying that you are protesting the water rates must be checked;

• The written protest must contain the service address, and;

• The protest must be signed by either the account holder or the property owner of the service address.

Call the LOCSD Office at 805-528-9370 for assistance. It should be noted that while the proposed rate hike covers 3 years, you won’t get the chance to protest the second and third rate hikes, should it pass now.

The CSD is in the midst of drilling a new water well, recently going out to bids for the well being sited near the intersection of South Bay Boulevard and Bay Oaks Drive in a multi-million dollar project that will require a new water main also be installed that will run down Mountain View Drive.

Bids are due May 9 for the well-drilling contract and a separate contract will be done soon covering the new water line to being the new well into the CSD’s distribution system.

The well project is part of a greater effort by the local water companies — the LOCSD, Golden State Water, Co., and S&T Mutual along with SLO County — to better manage the groundwater basin, Los Osos’ lone source of drinking water.

The CSD and Golden State each serve roughly half the community with S&T Mutual serving the Sunset Terrace and Monarch Grove neighborhoods.

The aquifer has been in a state of overdraft — so-called Level III Severity — since the mid-1990s, before the CSD was even formed. The basin management plan, reached through a court order, is supposed to drill new wells on the eastern side of the town to slow seawater intrusion that threatens some of the existing wells, among other projects.