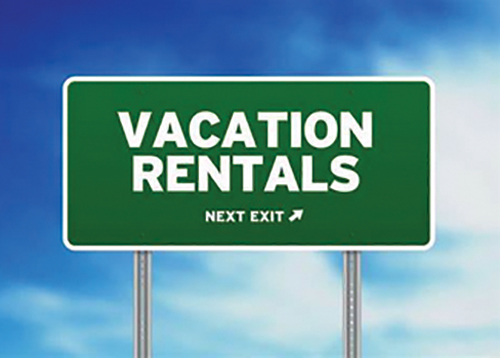 County Supervisors have approved a new ordinance governing vacation rentals in Los Osos and set a limit on licenses, though new construction remains stymied by the State.

County Senior Planner, Cory Hahn, said after the board’s approval, they sent the ordinance back to the Coastal Commission, which has since certified it.

That means, the ordinance is now in effect, Hahn said, and anyone wanting a permit for a vacation rental can apply at the planning department.

The limit is 55 total VRs, he said, within the Los Osos Urban Reserve Line. The URL is the area outside the “urban services line,” where services like water and sewer could be extended in the future. The USL is where such services are now.

“We’re not at the cap yet,” Hahn told Estero Bay News. “A minor use permit is required and they have to go through the hearing process. It’s not an over-the-counter permit.”

According to a report, in December 2020 the County started drafting an ordinance to govern vacation rentals, aka short-term rentals, in Los Osos, amending the Land Use Ordinance, the Local Coastal Program and General Plan in the process.

The idea was to write standards and rules that would limit how many and where vacation rentals could be licensed to operate.

Vacation rentals are controversial because they might take away long-term rental properties; take homes and condos out of the potential housing stock; and they essentially bring a lodging business often times into the midst of residential neighborhoods.

Towns and cities have for years been trying to write rules that would limit the number of VRs, how they are operated and where they can be located.

Regulating VRs is pretty straightforward with inland towns, but on the Coast, the Coastal Commission rules the roost. The Commission has long thought of VRs as “affordable” lodging, even though some of them go for thousands a night, and consistently shot down any laws that ban them entirely.

The idea is that several families can go in together and rent a house making it more affordable than getting separate motel rooms, and big families can vacation together.

But it’s that multi-family idea that concerns many residents and neighbors of these VRs. They say they don’t know who is coming into their neighborhoods on a given weekend, and those that come have little regard for the peace and quiet of residential areas. Parking multiple cars on limited streets is also a problem.

County Supervisors in February 2021 approved their standards for VRs in Los Osos and sent the plan to the Coastal Commission for approval.

A year later, in February 2022, the Commission voted to approve the new rules with a couple of changes.

Overall, the Commission voted that any standards “must be consistent with and adequate to carry out the policies of the certified LCP,” reads the County report.

The Commission wanted the County to insert a provision that established a 500-foot buffer between each VR in residential zoned areas.

That change actually loosened the County’s requirements. The County had proposed a 500-foot buffer from other residential VRs and all other lodging properties.

The report goes on to say that commercial lodging properties are generally not located in residential areas.

“This suggested modification would require a minimum of one water conservation sign to be posted in each restroom and kitchen of a new residential vacation rental,” Hahn said. “The water conservation sign would encourage occupants to reduce water usage by stating the importance of conserving water in the community of Los Osos and ways in which occupants can reduce the amount of water used during the stay.”

Vrs are OK; New Homes Are Not

Los Osos may have an official set of standards governing VRs, but they’ll have to come from existing housing stock, as currently there can’t be any new homes built in Los Osos.

The Commission had previously issued a demand that the County stop processing all permits that would mean increased water usage, until the County can show that the town’s water supply can sustain the current population, let alone any growth in water use.

This is because over 25-years ago, the County Engineering Department declared Los Osos’ underground water basin to be in a state of severe overdraft, so-called Level 3 Severity, and was experiencing seawater intrusion as a result.

The designation at the time carried little weight, as the town was already under a septic tank moratorium. With the community sewer now in service, the water situation looms large.

The town’s four water purveyors — the Community Services District, Golden State Water, S&T Mutual and the County — entered into a court settlement to write a basin management plan. That plan calls for moving water wells away from the seawater intrusion area, which is in progress now.

And the County built a $183 million community sewer system and recycling scheme. Changes are being made to the various planning documents to update the water basin’s condition and possibly change the Level 3 status.

Until that happens the Coastal Commission has vowed to deny any County issued permits that increase water use, and declared that “will-serve” letters from the water companies for new hookups are insufficient to show there is adequate water. This standard is being held up to Los Osos and Cambria, whose available water supply is also in question.

That shouldn’t however, prevent a Los Osos homeowner from getting a VR license for an existing home, while they last.