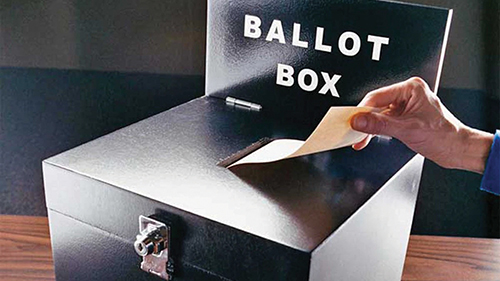 Morro Bay voters handed a decisive win to a former councilwoman, picking her over the incumbent, 2-term Mayor, and the City will have an entirely female, City Council for the first time in town history; those were the surprise results in the Nov. 8 General Election.

An All Female City Council

With Wixom, Edwards and Landrum joining the other two women on the Council — Jen Ford and Laurel Barton — it will give Morro Bay its first all-female City Council. (San Luis Obispo also elected an all-female city council.)

In the other hotly contested contest in Morro Bay — Measure B-22 a parcel tax that would support maintaining harbor facilities — sank like the Titanic, as voters soundly rejected it. B-22’s official title was the “Morro Bay Harbor Infrastructure Act.”

B-22 would have added a $120 per year — $10 a month — charge to property tax bills and used the roughly $680,000 that it would have raised each year, to support the Harbor Department, which has about $10 million in repairs and maintenance needs to public harbor facilities.

B-22 was proposed by a group of citizens and needed just a simple majority to be approved, but a strong anti-B-22 movement sprouted up in the weeks before the election.

The school district — which covers Los Osos, San Luis Obispo, Morro Bay and Avila Beach — proposed C-22 to do extensive remodeling and upgrading at its elementary and middle schools.

A District study had identified over $500 million worth of needed work on its primary schools but the District Board set the bond for much less, though $349 million is the largest its ever gotten.

Measure C-22 passed despite a major typo on the printed ballots that was caught right away by the Yes on C-22 campaign committee.

On the printed ballot, the County put a percentage sign (%) in the description instead of a cent sign (¢), a mistake that inflated the expressed cost of the tax increase by a factor of 100.

Cano’s office sent out post cards the week before Election Day to all voters in the district explaining the mistake, and it was reported in Estero Bay News and other news outlets as well.

Ironically, while Morro Bay voters soundly rejected a $120 per year tax hike to support the harbor, they got stuck with a $245 a year tax hike (for a property worth $500,000) for the school bond.

The Cambria Health Care District failed to get enough votes for an $8.5 million bond measure — G-22 — that would have been used to improve the district’s ambulance station and healthcare facility. It would also have replaced a 65-year-old building that no longer meets County codes and standards,

Cambria is unique in SLO County in that it has its own Health Care District, which owns and operates an ambulance service, and a health clinic. Cambria also has a Community Services District that runs the water and sewer systems.

Though it would be highly unusual for someone down 5% on Election Day to mount a comeback and win no matter how many votes are left to count, there are thousands of votes still to be counted. If his lead holds up, Gibson will have won his fifth, 4-year term in office.

That would be quite a feat as Dist. 2 was radically redrawn by County Supervisors after the last Census, and Gibson’s strongholds — Morro Bay, Los Osos and SLO — were taken out of Dist. 2 and Atascadero and San Miguel were put in.

In TA 2, Rob Banfield got 1,312 votes (56.45%); ironically, though his opponent, former SLCUSD trustee, Jim Quesenberry, pulled out of the race weeks before the election but whose name still appeared on ballots, got 1,008 votes (43.37%). (Perhaps a testament to name recognition in elections.)

Dist. 30 includes all of SLO County, and Coastal Monterey and Santa Cruz Counties. Addis’ win makes her the first Morro Bay resident to be elected to the State Assembly.

Election Stats as of Nov. 9

In a report dated Nov. 9, County Clerk Cano gave the status of the election.

“Here is a simple breakdown of numbers as of today,” she said:

• Voters that voted provisionally at the polling place on Election Day: approx. 800;

• Voters that returned their Vote-By-Mail ballot at a polling place on Election Day: approx. 22,720 (still processing all the returns);

All updates will be posted on the County Elections Office website, see: www.slovote.com.

Election Not Over Yet

It should be noted that the County Elections Office has not yet finished the vote counting as of EBN’s deadline on Nov. 10

County Clerk Cano’s crew is expected to finish counting in the next week or so, and present the election results to County Supervisors later this month for certification.

Once that happens, the Morro Bay City Clerk will schedule a special meeting for the change of power ceremony the first meeting in December. The regularly scheduled council meeting would be on Dec. 13, as the council meets the second and fourth Tuesdays of the month. However, council members and the mayor’s terms of office officially run through Dec. 8.

Councilman Jeff Heller and Addis along with Mayor Headding will be honored and thanked for their service at that meeting. 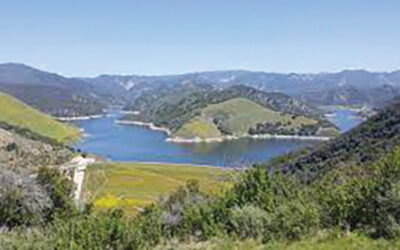 San Luis Obispo County is trying something new this year, and for three subsequent years, to try and maximize rainfall...