Richard Stuart Otto is considered to be the founder of Baywood Park. He was a real estate developer and sold lots throughout Baywood Park for $100 with only one dollar down.

I was fortunate to meet Shirley, Otto’s wife, when Dean and I interviewed her at her home in Santa Barbara in 1989. She related how Richard got into real the real estate business and explained his relationship with Walter Redfield, the real estate developer in the Los Osos area.

Transcribed interview with Shirley:
Joan: Would you tell us the grand old story of Walter Redfield and Richard Otto’s business relationship?

Shirley: Oh yes! Walter was there before Dick. As a matter of fact, the first 10 lots that Dick owned in Baywood, he bought from Walter Redfield.”
Joan: Was Walter Redfield the original real estate sub divider?

Shirley: It was subdivided in the late 1800s by a railroad company. They thought ships could come up, and they could load the ships out in the bay. But of course, the bay was never deep enough. I guess they had hopes that perhaps the bay would be dredged some day. That has been the big hope ever since I ever heard of Baywood, that they were going to dredge the bay.

Dick was in various businesses in Los Angeles. When he bought the property, he was twenty-five years old. His father imported patents. He’d go to Europe and buy a patent over there and then bring it back to the United States and find somebody to exploit the patent. He had quite a mechanical background. The whole family did.

Using his wooden camera, Otto’s pamphlets titled “Baywood Park Estates” are filled with photographs he took of the first houses in the area along the 25-foot-wide streets.

The forward in his pamphlet is also very interesting in that it tells who Otto was and what his goals were for what he named Baywood Park, legally known as The Town of El Moro. “About 20,000 trees have been planted to landscape this property,” he said.

Richard Otto writes in his publication Baywood Park Estates’ forward:
“I acquired Baywood Park Estates, consisting of about 1000 acres, in 1921-22. Fortunately, this was before California had the great population of today, and before the boom era of skyrocketing real estate prices.

“I was 25 years old then, a mechanical engineer by training, with the rather youthful notion that engineers were endowed with a magic power of conquering nature and making her produce comfort and security for humanity. Many plans for the development of the property into a large and prosperous community were envisioned. But all these plans were predicated on funds far beyond my means, and so I called upon the representatives of the masters of wealth for financial aid. But these bankers were also engineers—engineers in the art of making profit for themselves—and so with their characteristic display of knowledge of things to come they pointed out the wisdom of my investment, but they assured me I could do nothing without their financial aid.

“If I was prepared to take in these masters of wealth as senior partners, assuming the role of junior partner myself, they would be very generous in supplying all the capital needed. But I was unwilling to make any such arrangement. I have always been glad of this decision, glad there has never been any mortgage or other encumbrance against the property.

“In the meantime, my plans were delayed, and I filled in my time at various occupations, such as working for the Chinese Government and at other activities which took me to many parts of the world. During this time, I sold some of the property, but at the writing of this booklet I am still the sole owner of approximately 3000 lots.

“In 1934 I managed Upton Sinclair’s campaign for governor of California, devoting all my energies in the great EPIC movement to end poverty. This activity brought me in close contact with the greatest engineering problems of human life—the food, clothing and shelter problems of that great mass of humanity, which has been dispossessed by our Wall Street controlled form of civilization. I believe I understand the needs and problems of these people, and it is primarily to them that I address this booklet.”

Reference: All About Baywood Park by Joan Sullivan, 1994. 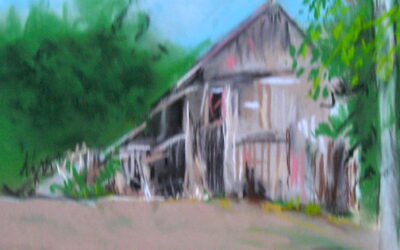 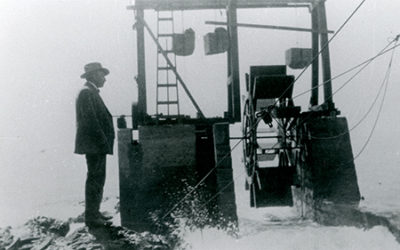 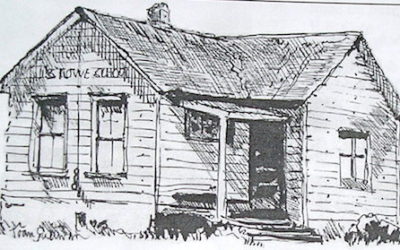