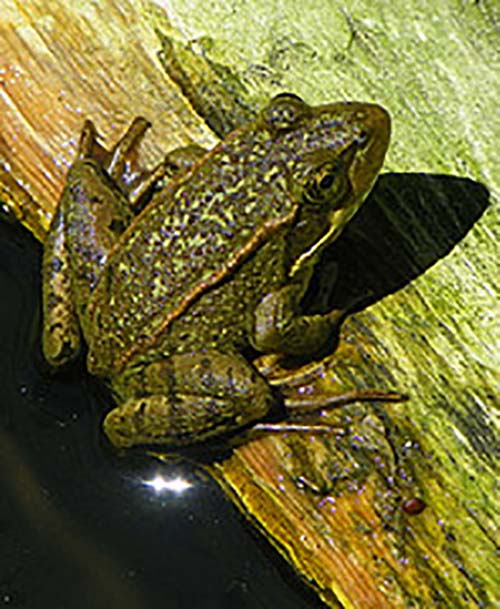 An endangered amphibian has led to the conservation of over 19 acres of open rangelands by the City of Morro Bay, in order to comply with terms of its low-interest federal loan for the Water Reclamation Facility Project.

The City Council approved the designation of a conservation easement over the unused lands at the WRF’s treatment plant, located at the terminus of South Bay Boulevard by Hwy 1.

City Engineer, Rob Livick’s staff report points out that the City must comply with federal laws — namely the Clean Water Act and the Endangered Species Act — in order to meet the terms of a “Water Infrastructure Finance and Innovation Act” or WIFIA loan. The City borrowed some $62 million through WIFIA at an interest rate below 1%, funding much of the WRF project’s $71 million treatment plant.

As part of the loan process the City got a biological opinion from the U.S. Fish & Wildlife Service that required mitigation of the loss of 17 acres of red-legged frog habitat. The plant site lies with the local protected habitat of the protected frogs, as it affected a seasonal stream on the property.

To satisfy the permit, the City has officially set aside the remaining 19.5 acres that isn’t needed for the WRF plant, recording the change with the County Assessor’s Office and notifying the U.S. EPA to in essence “check the box” for the loan.

The action addresses one of the early snafus that befell the project — the delayed start of construction as EPA and USF&WS worked out their administrative process and rewrote the terms of the loan.

“The City,” the report said, “is required to record the subject conservation covenant protecting 19.5 acres of the WRF site to protect endangered species in order to comply with the terms of the City’s agreement for the low interest EPA WIFIA loan, the Biological Opinion, and federal statutes.”

According to the USF&WS’ website, “The California red-legged frog is the largest native frog in the western United States. It ranges in size from 1.5 to 5-inches long [4 to 13 cm].”

The red-legged frog is believed to be the type of hopper made famous by Mark Twain’s 1865 short story, “The Celebrated Jumping Frog of Calaveras County.”