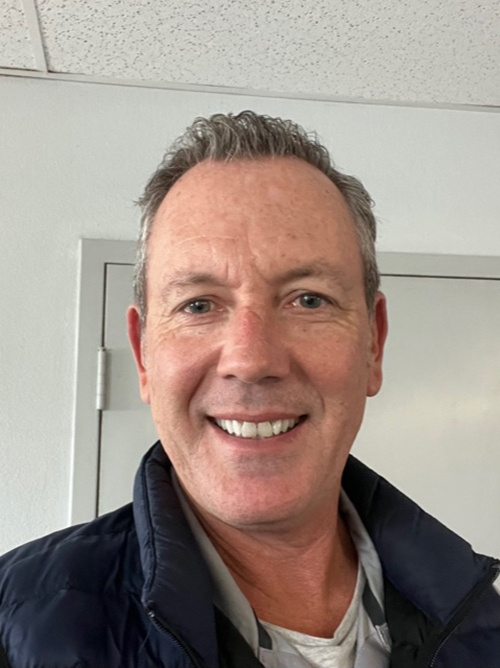 Travis “Dale” Simpson is the new maintenance superintendent with the City of Morro Bay. He started work June 6 and will be in charge of the City’s 12-man maintenance crew. Submitted photo

The City of Morro Bay has completed filling its Public Works management team with the hiring of a new maintenance chief.

Hanson had over 14-years as an Engineering Technician III with the City, most recently acting as the City’s Environmental Programs Manager before getting promoted. Kwolek was hired last year to replace the retiring Rob Livick.

Simpson started work with the City June 6. He’s apparently got a lot of work stacked up waiting for him.

“Dale,” Kwolek said in a news release, “brings strong leadership experience to an already outstanding maintenance team. With this, I expect he will lead the Division to close out the many backlogged maintenance projects currently in the City’s service request system, but he will also bring greater focus on the upkeep and beautification of the Embarcadero and Downtown Morro Bay.

“Dale’s understanding of team dynamics, as well as his listening skills and entrepreneurial style will allow him to jump right in to understand our community’s needs and the best, most efficient ways to respond to them. I can’t wait to see what he and the maintenance team will achieve.”

Simpson has over 30 years in the service and hospitality industry. He studied at Texas Tech University for his Bachelor’s Degree in Restaurant, Hotel and Institutional Management, Kwolek said. He also earned an Associate’s Degree in Golf Course Operations from Western Texas College.

Simpson will oversee the Public Works Department’s Maintenance Division, which has 10 full-time employees, and two part-timers. He will manage all day-to-day maintenance of the City’s parks, open space areas, streets, sidewalks, street trees, City facilities, and most aspects of the City’s fleet of vehicles.

“Consistency, accountability and teamwork will be the key to our success and that is my commitment to the community of Morro Bay,” said Simpson. He’s happy to be here.

“I am super excited to have the opportunity to bring my passion for serving people to the beautiful community of Morro Bay,” Simpson said. “The scope of needed repairs and improvements to our parks, streets, and the Embarcadero and Downtown Morro Bay are large, and my first step is to prioritize those needs by listening to the residents and business owners of Morro Bay.”

Simpson has a full plate awaiting him perhaps most-noticeably at Tideland’s Park. The bayside park, Morro Bay’s most scenic and often-used, has what appears to be serious problems with the expanse of grass. It appears to have died off in large patchy areas and also has a gopher infestation in one of the little grassy knolls by the playground.