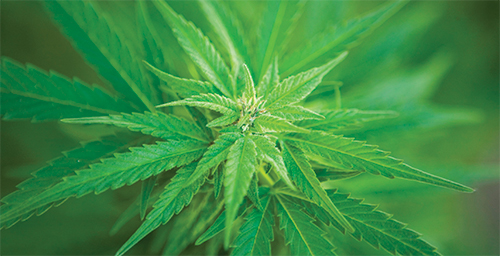 It’s two licensed cannabis stores are months away from opening, but the Morro Bay City Council isn’t wasting time in expanding the products the two pot shops will be able to sell.

The city council approved an amendment of the City’s cannabis ordinance (Ord. No. 633, Ch. 5.50 Commercial Cannabis Operations Regulatory Program) that would allow sales of the so-called “adult use” (formerly known as “recreational” cannabis), at the two pot shops that were licensed last fall but have yet to open. The vote was 4-0-1 with Councilwoman Dawn Addis abstaining.

Demolition work has started at the pot shop for Natural Healing Center at the corner of Napa Avenue and Morro Bay Boulevard; but no activity has been observed at the other shop, owned by Perfect Union and located at the corner of Quintana Road and King Street.

Both stores were originally licensed for medical marijuana sales only, including both bags of the evil weed, as well as tinctures, potions and lotions made from CBD the active ingredient in hemp that can’t get a person high (as opposed to the THC in cannabis).

The changes also allow for delivery services in town.

It was long thought that the City’s hoped-for tax boost from the medical pot shops, and the special 5% tax the City levied on all their products, would not amount to much unless, or until, the City allowed adult use sales.

Getting a new tax source bringing in even a moderate amount ($400,000-$500,000) would be a welcomed blessing for a City now reeling from a staggering loss of tax revenues as a result of the Governor’s orders to shelter-at-home to slow the spread of the Coronavirus that took effect locally on March 19 and the subsequent closing down of the State’s economy.

It would have appeared to work locally, as Estero Bay Communities — Los Osos, Morro Bay and Cayucos — have been relatively virus-free, at least the cases that have been identified.

But while the virus hasn’t killed anyone locally, it’s a death spiral for the City’s budget. Morro Bay is staring in the face of a multi-million dollar deficit in the current fiscal year and millions more in the next.

And while past councils said they wanted to go slow with bringing in the newly legalized drug, seeking to try their hand at medical pot first and then deciding later on whether to expand it to adult use.

The virus-caused budget crisis has clearly thrown that out the window. Indeed, the City’s plan to come out of the virus’ economic shutdown relies in great part to the cannabis taxes they hope to collect.

The ordinance amendment would do two things:
• Allow the two licensed cannabis stores “to also engage in commercial adult-use retail operations, and that [wholesale] distribution and delivery also be permitted to engage in adult-use cannabis operations; and,
• Authorize “issuance of additional rules and regulations for the administration and implementation of Ch. 5.50 by the Community Development Director.”

Those potential changes would allow flexibility to address “administrative and ordinance implementation issues,” that might pop up as the two businesses get ready to open. It was also the only issue the Council had with the amendment, as Councilman Jeff Heller sought to clarify what adjustments might be needed. Attorney Neumeyer said the clause was his idea and he was seeking to have the community development director handle adjustments that might be needed in the ordinance’s requirements, to handle unforeseen issues that might arise.

Once the businesses open,” he said, “they have 20 pages of regulations in the local code to meet. We may need to refine the code, short of making changes to the ordinance.”

It should be noted that ordinance changes, especially those that involve land use issues, need Coastal Commission approval, too.

The Council held a first reading of the changes June 9 and will have a second reading, probably via consent agenda and then go into effect 45 days later, likely to be before either pot store opens.