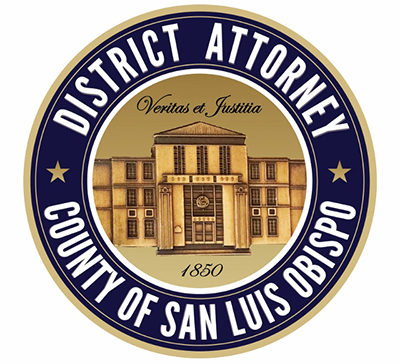 San Luis Obispo County District Attorney Dan Dow has joined 40 other elected district attorneys across California in filing a petition with the Secretary of the Department of Corrections and Rehabilitation (CDCR) requesting the repeal of temporary emergency regulations awarding additional credits toward the sentences of more than 76,000 state prison inmates. These additional credits would allow serious, violent, and sex offenders in prison to parole earlier, said a news release from the SLO DA Office.

The regulations were passed under a claim of an emergency and first made public on Friday April 30, 2021.
Adopting these regulations, and claiming an emergency, the CDCR Secretary stated it was necessary to comply with “the direction outlined in the Governor’s Budget Summary” presented a year ago on May 14, 2020.

“By invoking an emergency, the traditional regulatory scheme and transparent public comment period was bypassed,” the DA’s Office said in a news release.

The administrative law petition is often the first step in seeking a formal court order declaring the regulations unlawful. If the emergency regulations are nullified by a court, CDCR would be forced to pass the regulations in the traditional manner, requiring the State’s Office of Administrative Law to provide greater transparency and public input.

“The time is now to consider the impact on victims of crime when making decisions to release serious, violent, and sex offenders from prison early,” said Dow. “This early release program for serious and violent offenders was created under the disguise of a non-existent emergency and is a prime example of how we have neglected survivors of crime when reforming our criminal and victim justice system. The people deserve much better.”