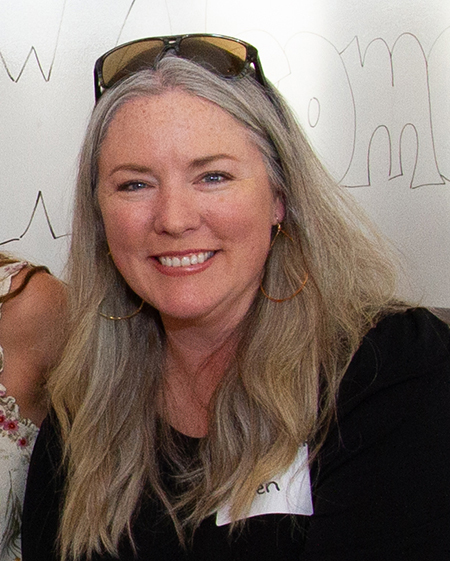 Morro Bay City Councilwoman Jen Ford will hold an election event this Saturday in North Morro Bay, and meet with voters as she seeks election to retain her council seat.

Ford and her husband Travis own a local media company, Rock Harbor Marketing, and she is a community volunteer, women’s rights activist, wife of 22 years, and mother of two young women, according to a news release her campaign put out. “She has participated in her community as a past educator,” reads the news release, “Morro Bay City Planning Commissioner, and PTA President.”

Involved in the online communications world, Ford “enjoys troubleshooting, planning, bringing people together, and lending a hand when there’s a need,” her bio reads.

Ford is being challenged by retired trucker and political newcomer, James Costanzo, to serve out the remaining time on the term of the late Councilman, Robert Davis, who died in July 2021, after being re-elected to a second term at the November 2020 General Election. Whoever wins in the June Primary Special Election race, will serve in the seat until November 2024, when Davis’ term would naturally conclude.

The Ford Family moved to Morro Bay in 2011 and Jen Ford jumped right in being involved with the community.

The news release said, “she became active in improving the street conditions in North Morro Bay, asking for updates to the Pavement Management Plan. She also became involved with the Del Mar Elementary School PTA as their president, working closely with school administration and families to familiarize herself with their needs.”

In Morro Bay, Ford has been “advocating for children, improved city infrastructure, women’s rights, environmental impact, and various issues have connected her to local, County, and Congressional Elected officials.”

“One example was sitting at the table with Congressman Salud Carbajal to discuss women’s issues in our County, bringing him to Morro Bay to speak with the entire community in a Town Hall on broader issues. Talking to our representatives at all levels of government is something she is willing to do because problems that arise often call for help beyond our City limits.”

She was the first woman in her family to have a college education, the release said, and she is also the first to hold a public office. “I have been encouraging and supporting other women to run for years,” Ford said, “and it is time that I lead by example. Women belong at the table where decisions are being made.”

She was also a co-founding member of Women’s March SLO in 2016.

Ford, “believes the City’s progress has been exciting to watch over the past decade she’s lived in Morro Bay and is running to help keep this vital momentum moving Morro Bay forward while bringing her unique perspective to the dais.”

And, “As a mother of two young women, the owner of a small business employing local talent, and a person who rents her home, Jen’s point of view compliments the other members of our Council. Diversity is key to promoting equal representation.”