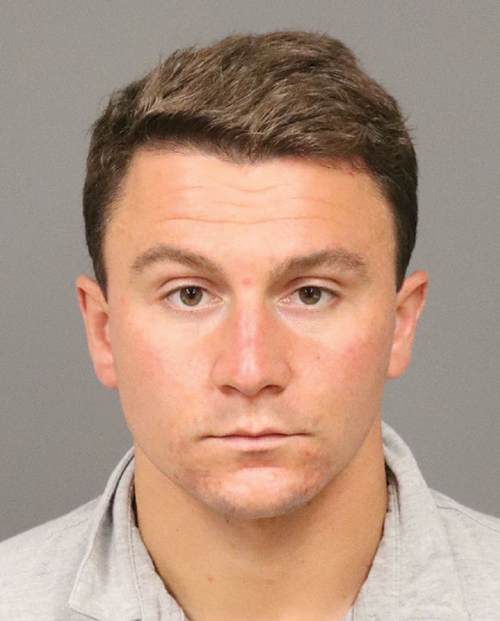 A former Morro Bay High School teacher and swim coach who pled “no contest” to having sex with an under-aged student in 2020 and sending inappropriate text messages to another girl, will serve his sentence in County Jail after his request for home detention was denied by the Sheriff’s Office.

Sheriff’s Spokesman Tony Cipolla said on Sept. 30 that Andree had asked to spend his sentence in home detention, or “house arrest” and was initially denied. However, the Sheriff’s Department has an appeal process in these matters and Andree filed an appeal and won.

“Andree filed for an appeal and was approved based on a lack of previous crimes and a probation report,” Cipolla said in a news release. The Sheriff apparently stepped in. “However, a further review was initiated based on it being a sex crime. The subsequent review resulted in Andree’s home detention being denied.”

Cipolla explained, “The Sheriff’s Office takes crimes against children and sex crimes seriously, the decision to deny the appeal is in line with similar decisions in similar cases.”

The case began last January when the Morro Bay Police Department’s school resource officer got an anonymous tip from a woman in Washington State regarding a student who’d had an affair with a teacher the previous school year.

The tipster didn’t give the name of the victim or the suspect. Morro Bay Police decided to investigate. Students were not in school at the time, due to the coronavirus pandemic response.

“The investigation led detectives to identify a possible victim and suspect,” MBPD Cmdr. Amy Watkins said at the time. “Detectives located and contacted the believed parties involved, which generated a more in-depth investigation into the misconduct by Andree.”

The tip to police was also made to the San Luis Coastal Unified School District, which put Andree on leave while it conducted its own investigation. Andree resigned a week later. He had only been with the district since August 2019.

In California it is not illegal for a teacher to have sex with a student if the student is legally an adult (over 18) at the time. Also sometime in 2020, Andree “also engaged in sending inappropriate messages communicating explicit sexual intent with another 17-year-old female student,” according to D.A. spokesman Eric Dobroth. “This conduct formed the basis for the felony conviction of communicating with a minor with the intent to commit a specified sexual crime.” Such messaging has been given the label, “sexting.”