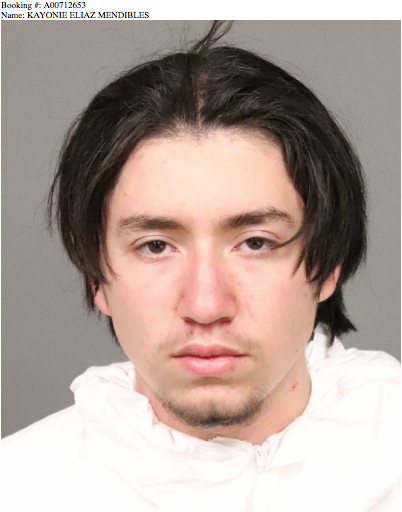 A Fresno man was arrested and charged with suspicion of murder after he allegedly killed an elderly woman in rural Arroyo Grande.

According to Sheriff’s Department news release, deputies responded at 5:08 p.m. to a report of possible trespassing at a home in the 2000 block of Chamisal Ln., in Arroyo Grande.

Deputies on scene decided to check the welfare of anyone at the residence nearest to the reported trespassing. Deputies found a woman’s body at the home who died “from an apparent homicide,” the report said. The victim was later identified as 77-year old Jeanine Vore.

A “Be On the Lookout” bulletin was issued for a suspect that witnesses had seen fleeing the scene in a vehicle. Hours later, deputies spotted the suspect’s car.

“Shortly before 10 p.m.,” the release said, “Sheriff’s deputies working in the South County area observed the suspect’s vehicle traveling through Arroyo Grande, and conducted a high-risk traffic stop on northbound [Hwy] 101 near 4th Street in Pismo Beach.”
The suspect was arrested without incident, and was identified as Kayonie Eliaz Mendibles, 18 of Fresno. Mendibles was booked into SLO County Jail on suspicion of murder.

Information can also be provided anonymously to Crime Stoppers by calling (805) 549-STOP (7867) or through the website: www.slotips.org.