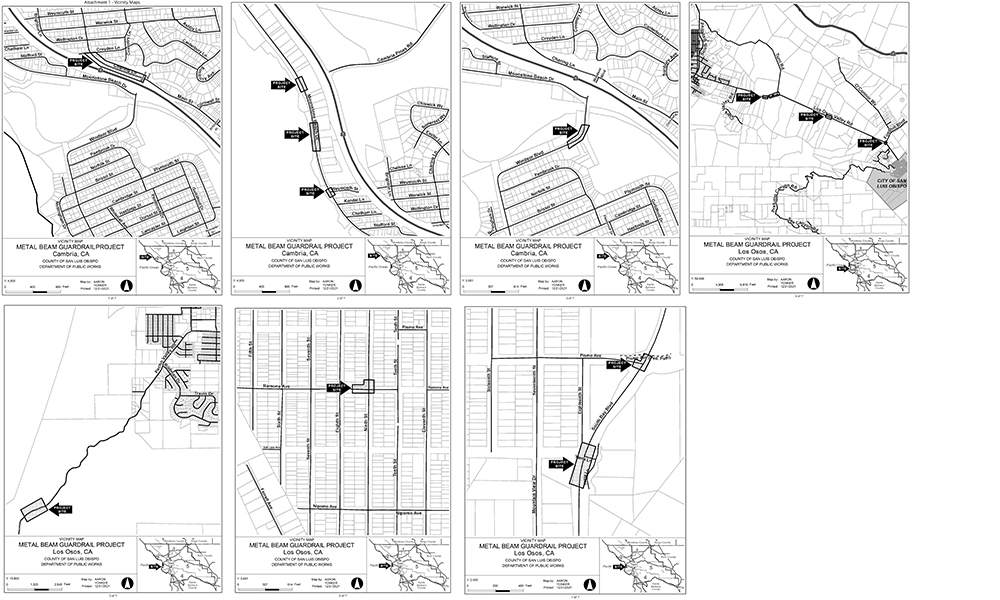 Motorists will soon have some roadwork to drive carefully through as the County begins a project to replace and upgrade guardrails, with Cambria and Los Osos receiving most of the work.

“The purpose of the proposed project,” reads a report from Project Manager Genaro Diaz, “is to upgrade existing deficient guardrails to current State and Federal safety standards. The standards require a consistent height of the guardrail face to deflect vehicle impacts and energy dissipating end treatments to reduce injuries from a direct collision to the end of a guardrail system.”

As with the street lighting project recently approved, this guardrail work is part of a multi-year process that is currently budgeted at $1.25 million. Diaz said the bids came in higher than estimated, “due to unanticipated increases in material costs.”

He noted that the County saved money with the Geneseo Low Water Crossing Project and asked that those savings be transferred to the guardrail project.

Guardrails will be replaced on Los Osos Valley Road east of Los Osos and starting at the intersection with Turri Road. There’s another site down LOVR about half way to Foothill Boulevard and another at Foothill and LOVR.

Readers are advised to slow down and be cautious when driving through these job sites and expect delays or closures as directed.