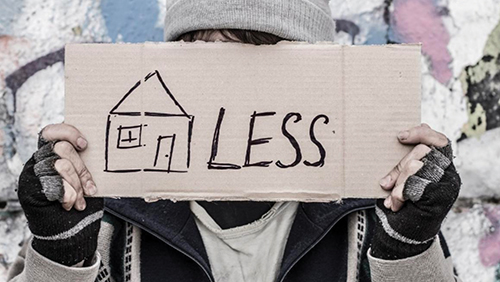 Homelessness is on the rise nationally, and Los Osos is hoping to make a difference locally. Via the efforts of the Los Osos Community Advisory Council the Subcommittee on Unhoused Residents was formed to address the issues and create solutions.
“Homelessness is considered a major nation-wide crisis and our cities and towns are living the failures and successes,” said Linde Owen, a sub-committee member and homeless village advocate. “We would like Los Osos to be a success. By inviting the community into the complexity of the solution, we hope to address local homelessness with compassion and action.”
In January LOCAC held the Homelessness: Compassion and Action forum with 18 panelists from county agencies, non-profit organizations and community groups participating and about 80 concerned citizens took part in the virtual meeting.
“This is an issue that is important to our community,” said Sandra Sarrouf- LOCAC 3rd District Representative. “They want to know what is going on, they want their ideas and concerns heard, they want to find solutions, and they want to know how our agencies and community will create solutions.”
This follows the recent County Board of Supervisors funding of up to $10,000 to pay for the cleanup up of a homeless encampment on county-owned property near the library in an area known as Midtown. An estimated dozen unsheltered community members were relocated in early October of last year.
The subcommittee was formed to create a community dialogue and gather information, meet with local involved agencies and shelters about resources and scenarios, and “hopefully begin to find some path to addressing all of our needs/desires for a safe and healthy place to live,” Owen said. “The encampment behind the library and on Palisades Ave. over the last year and half has many residents concerned over safety, litter, and so many homeless in cars and campers living on the street there. I think everyone could agree that it’s not a solution Lots of people wanted to know how to end it and to know more about what options could help. The homeless forum unraveled the complexity of why people are homeless, it reminded us that there is no us versus them. The extremes between the newly homeless and chronically un-sheltered is vast. Los Osos and other communities have both and everything in-between.”
The public is encouraged to participate in future meetings and can do so via Zoom. Links are posted at www.locac.info.
According to the Homeless Policy Research Institute, homelessness in California increased by more than 22% over the last decade. Between 2018 and 2019, homelessness in California increased by over 16%.